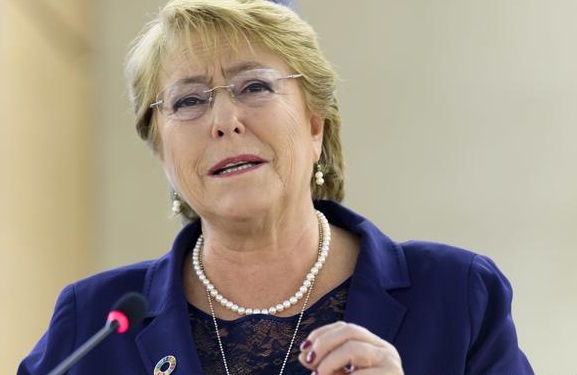 According to her report, 66 massacres took place in South American country this year.

The massacres resulted in the deaths of 255 people.

In addition, 120 human rights defenders were killed this year, according to the UN Human Rights Office in Geneva.

Paramilitary guerrilla fighters and criminal gangs persecute people who oppose their presence and activities, such as illegal mining and trafficking drugs via rural areas.

According to UN High Commissioner Bachelet, the targets are often peasants, indigenous people and Colombians of African descent.

The Nasa, an indigenous group, has seen 66 of its members killed since January in the south-western Cauca region.

“I call on the Colombian authorities to take stronger and much more effective action to protect the population from this appalling and pervasive violence,” Bachelet said.

“Sadly, violence has been normalised in Colombia after decades of armed conflict and no one should accept that,” the former Chilean president added.

She also noted that 244 former Revolutionary Armed Forces of Colombia (FARC) fighters have been killed since 2016 when their guerilla movement signed a peace agreement with the government after decades of conflict.