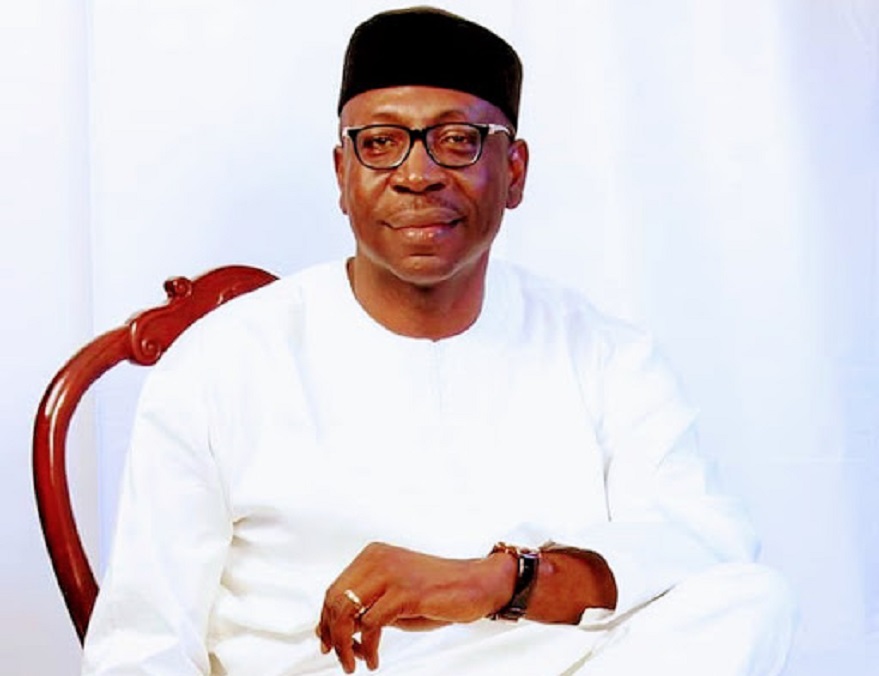 The Federal High Court Abuja, has fixed Dec. 29 to deliver judgment in a suit filed by the Peoples Democratic Party (PDP) against Osagie Ize-Iyamu.

The PDP in the suit, is seeking the disqualification of Ize-Iyamu from the Sept. 19 governorship election in Edo.

The trial judge, Justice Ahmed Mohammed fixed the date on Wednesday, following the adoption and argument of written addresses for and against the suit by counsel representing parties.

The PDP, joined the Independent National Electoral Commission (INEC), the All Progressives Congress (APC) and Ize-Iyamu as defendants in the suit.

The court, on the last adjourned date held that ruling in all objections and motions regarding the suit would be delivered during judgment.

At the resumed hearing, counsel to Ize-Iyamu, Mr Roland Otaru, (SAN), informed the court of an application seeking to invite one Hillary Otsu, deponent of the affidavit in support of the PDP’s originating summons.

Counsel to Obaseki, Mr Ken Mozia, (SAN), however, raised an objection to the request on the grounds that the earlier order of the court had foreclosed the hearing of any further application.

For his part, Mozia maintained that Ize-Iyamu was not validly nominated as the candidate of the APC in the September election and ought to be disqualified.

Arguing on behalf of INEC, Mrs Wendy Kuku urged the court to dismiss the suit for lacking in merit.

Similarly, counsel to the APC, Mr Akinlolu Kehinde (SAN), prayed the court to dismiss the suit on the grounds that the suit was tantamount to “Mr A taking panadol for Mr B’s headache’’.

Ize Iyamu’s counsel, Roland Otaru (SAN) also prayed the court to dismiss the suit on the grounds that it had become academic since the primaries had already been conducted and Obaseki did not participate in the primaries.

“The plaintiff is simply a meddlesome interloper in another party’s primary election,” Otaru submitted.

Justice Mohammed, after listening to arguments from counsel, fixed Dec.29 for judgment noting that the life span of the suit, by law, would terminate on Dec. 30.

PDP in the suit, is praying the court for an order disqualifying Ize-iyamu from contesting in the Sept. 19 governorship poll on the grounds that he was not validly nominated by his party, the APC.

In the suit filed on July 3, Obaseki claimed that Ize-iyamu was not a product of a valid primary election and should not be allowed to participate in the election.

Although the suit was initially instituted in the Benin division of the Federal High Court, it was transferred to the Abuja division due to the annual vacation of the court.

It was however, not heard during the court’s vacation following an objection raised by the APC and Ize-Iyamu.

Meanwhile, hearing in a suit filed by the APC against Obaseki, accusing him of forging the academic certificate he submitted to INEC in aid of his qualification for the governorship election, continues on Dec.24.