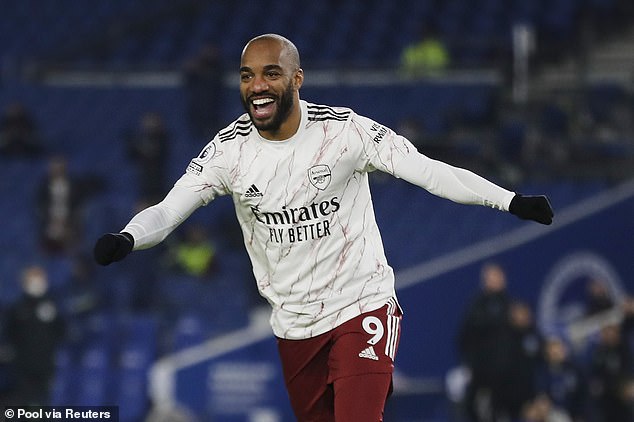 Arsenal striker Alexandre Lacazette scored 43 seconds after coming on as a second-half substitute to secure a 1-0 win at Brighton & Hove Albion in the English Premier League on Tuesday.

The visitors enjoyed plenty of possession but struggled to create chances, with Pierre-Emerick Aubameyang going closest five minutes after the break as Brighton keeper Robert Sanchez managed to deflect the ball behind for a corner.

Lacazette replaced Gabriel Martinelli in the 66th minute and wasted no time putting his side ahead, taking a touch to control Bukayo Saka’s pass in the penalty area before curling the ball into the bottom corner.

Brighton never looked like equalising and the defeat leaves them in 17th place on 13 points from 16 games, two points above the relegation zone.

With the win, Arsenal moves up to 13th on the table with 20 points.