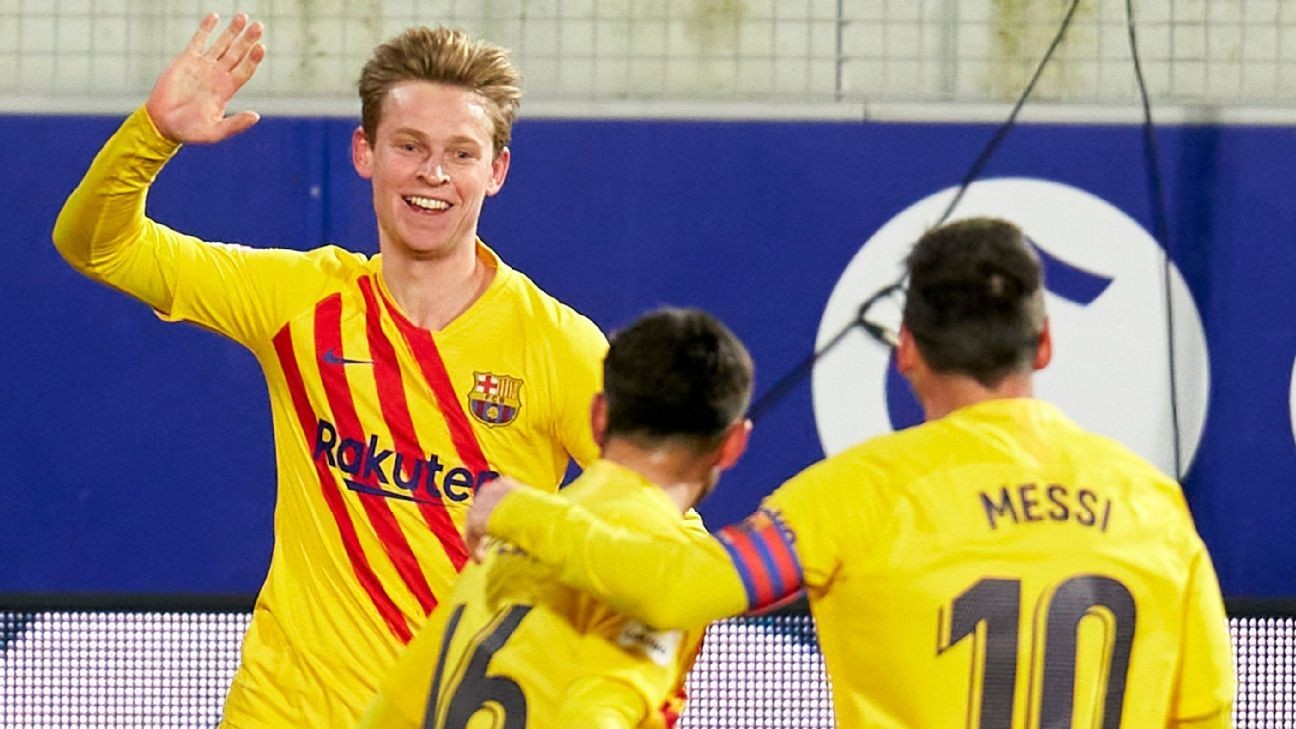 FC Barcelona edged La Liga’s basement club Huesca 1-0 on Sunday courtesy of a Frenkie de Jong goal made by Lionel Messi in the Argentine’s 500th league appearance for the club.

Dutch midfielder De Jong arrived at the far post to meet a Messi cross and score on the volley in the 27th minute to deservedly give the visitors the lead after a rampant start.

But Ronald Koeman’s side failed to take their many other chances and in the end were made to sweat for all three points.

Huesca could have levelled in the second half.

This was when the ball trickled across FC Barcelona’s area and striker Rafa Mir directed a backheel at goal.

But the shot lacked power and goalkeeper Marc-Andre Ter Stegen made the save in spite of seeing the ball late.