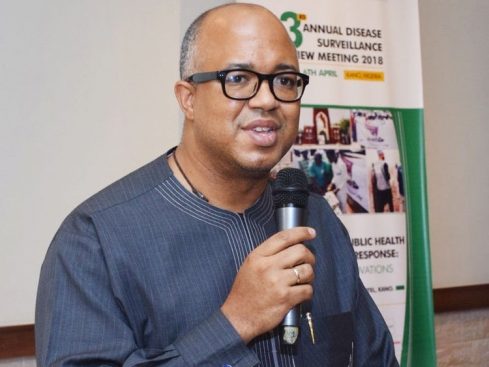 Nigeria on Monday recorded 1,204 new confirmed cases of COVID-19, taking the total number of infections to 91,351.

The Nigeria Centre For Disease Control (NCDC) made this known via its verified website.

The centre also announced seven deaths in the last 24 hours, bringing the country’s death toll to 1,318.

It stated that three of the deaths occurred in Lagos, two in Sokoto, while Kebbi and Abia recorded one fatality each.

The NCDC said that the number of recovered COVID-19 patients stood at 75,699, including 655 patients that were discharged on Monday after testing negative from the virus.

It said that Lagos, the epicentre of COVID-19, recorded the highest number of cases with 654, while FCT recorded 200.

The agency said that a multi-sectoral national Emergency Operations Centre (EOC) has been activated at Level III, to coordinate the national response activities.

Meanwhile, the agency called on those who may have been exposed to the virus to quarantine and isolate themselves if they feel ill.

“Remember COVID-19 can spread from people that look and feel well. Don’t let your guard down around friends or relatives just because they look healthy – they may not know they are infected but can unintentionally spread COVID-19,” it advised.

It was reported the centre has so far tested 958,911 persons since the first confirmed case relating to the COVID-19 pandemic was announced in Feb. 27 2020.

It was also reported that the Federal Government on Dec. 22, 2020 imposed new restrictions amid the rising cases of COVID-19 in various parts of the country.

The Chairman of the Presidential Task Force (PTF) on COVID-19, Boss Mustapha, explained that the directives were advisories issued to state authorities for implementation in the next five weeks.

The new restrictions include civil servants from Grade Level 12 and below to stay at home for the next five weeks; the closure of all bars, nightclubs, pubs and event centres, as well as recreational venues in all states and the FCT.

All restaurants were also directed to close, except those providing services to hotel residents, takeaways, home deliveries and drive-ins.