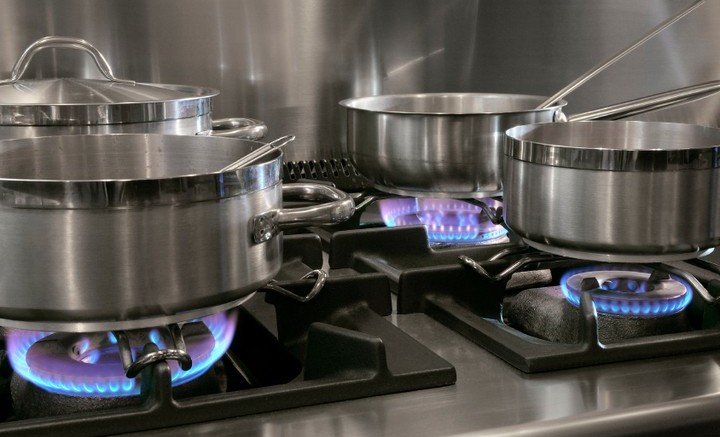 The Liquefied Petroleum Gas Retailers (LPGAR), branch of National Union of Petroleum and Natural Gas Workers (NUPENG), on Thursday decried the increase in the prices of cooking gas across the country.

Its National Chairman, Mr Michael Umudu, told our reporter in Lagos that the increment was an impediment to the Federal Government’s moves to deepen gas usage in Nigeria.

Umudu said the price of 12.5kg cooking gas had increased from about N3, 200 to about N5, 000 in some parts of the country within the last few weeks.

He said: “We as retailers are not happy with the increment because we are no longer getting patronage as we used to.

”Some people in semi-urban areas have switched back to firewood and kerosene stoves because they cannot afford to refill their gas cylinders.

”This totally negates all the efforts the government has been making to encourage Nigerians to embrace gas as the preferred choice for cooking in their homes.”

According to him, while the government has declared Jan. 1, 2021 to Dec. 31, 3030 as the decade of gas, such declarations should be backed with proactive actions to make it successful.

”What we are saying is that government should own the gas space in Nigeria and not just leave it totally to other private businessmen who are profiting from the situation.

”If we want the price of gas to be stable, government can direct the Nigeria Liquefied Gas Company (NLNG) and others producing gas to allocate sufficient quota to the domestic market annually.

“The 350,000MT supplied to the domestic market by NLNG annually is not enough to meet the demand hence more than 60 per cent of gas we use is imported into the country.

”By doing this, we will stop importation of gas which will reduce the strain on our foreign exchange,” Umudu said.

He added that the pricing of LPG should also be done in Naira against the current situation where the product is being sold to Nigerian marketers in dollars.

A restaurant owner, Mrs Chima Okereke, told NAN that the increase in the price of cooking gas was negatively affecting her business.

”Things have been difficult because of the recession, and now with the increase in the price of gas.

“We have been trying not to increase our food prices but if it keeps going up, we may be forced to increase it not to run into losses,” she said.

Similarly, a businessman who simply identified himself as Mr Jude said the increment has reduced gas usage in his home.

“My wife now uses kerosene stove mostly and she only uses the gas when she wants the food to be prepared quickly,” he said.

Recall that the National Bureau of Statistics (NBS) in its latest “Liquefied Petroleum Gas (Cooking Gas) Price Watch’’ publication, which was for November, had indicated a month-on-month increase in the average price for refilling a 12.5kg cylinder of the product.