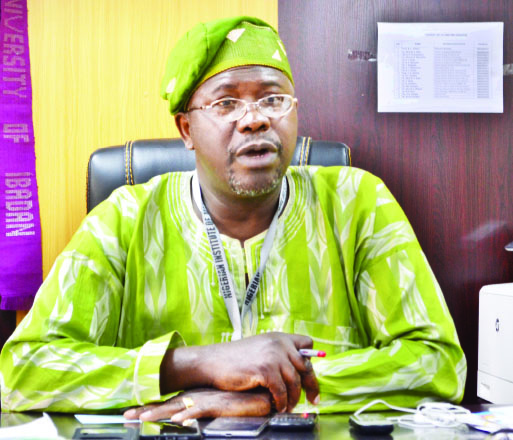 Prof. Babatunde Salako, the Director-General (D-G) of NIMR, made the disclosure to newsmen in Lagos on Friday during a news conference to reveal NIMR’s findings on the alleged issuance of fake COVID-19 test results from the institute.

It was reported that the Lagos State Government had on Dec. 29, 2020 raised alarm over sales of fake COVID-19 test results in the state.

The state government said that processes were being put in place to clamp down on both buyers and sellers.

“As an institute with an unblemished reputation whose vision is promotion of national health and development, it raises a serious concern that our efforts are being sabotaged.

“We immediately set up an investigative committee headed by Prof. Stella Smith, to come up with facts on the truism or otherwise of the allegation.

“A thorough investigation by the committee revealed that two individuals who were neither staff nor agents of NIMR are behind the issuance of the fake results without testing.

“The suspects namely Enoch Basyan and Fazing Binrah were caught in the act while trying to do COVID-19 test for one of our staff who acted as a patient at the front of a bank at Isolo.

“The suspects are currently at Aswani Police Station and will face the law,” the NIMR D-G said.

Salako added that the suspects in their confessional statement revealed that they visited the institute sometime ago and took away the institute’s testing request form under the guise of coming for COVID-19 test.

According to him, the institute has put in mechanisms to check some loopholes in its procedure before testing.

“One of our staff who is in charge of the test request form who is currently being interrogated admitted he mistakenly gave out the forms to some individuals who made away with it without trace.

“If our staff is found guilty in the ongoing interrogation, the staff will be sanctioned in accordance to the extant rules guiding such offence.

“This development has shown some gaps in the COVID-19 response in our institution; from now on, photo identification will be required together with an invitation letter to be admitted for testing.

“All COVID-19 results from NIMR will be sent electronically using our official email; therefore, any results emanating from any source other than our official website is not our result,” he said.

He, however, urged the media to be more thorough in their publication by providing opportunities for institutions to be part of their efforts to unravel the truth and avoid embarrassment to government agencies.