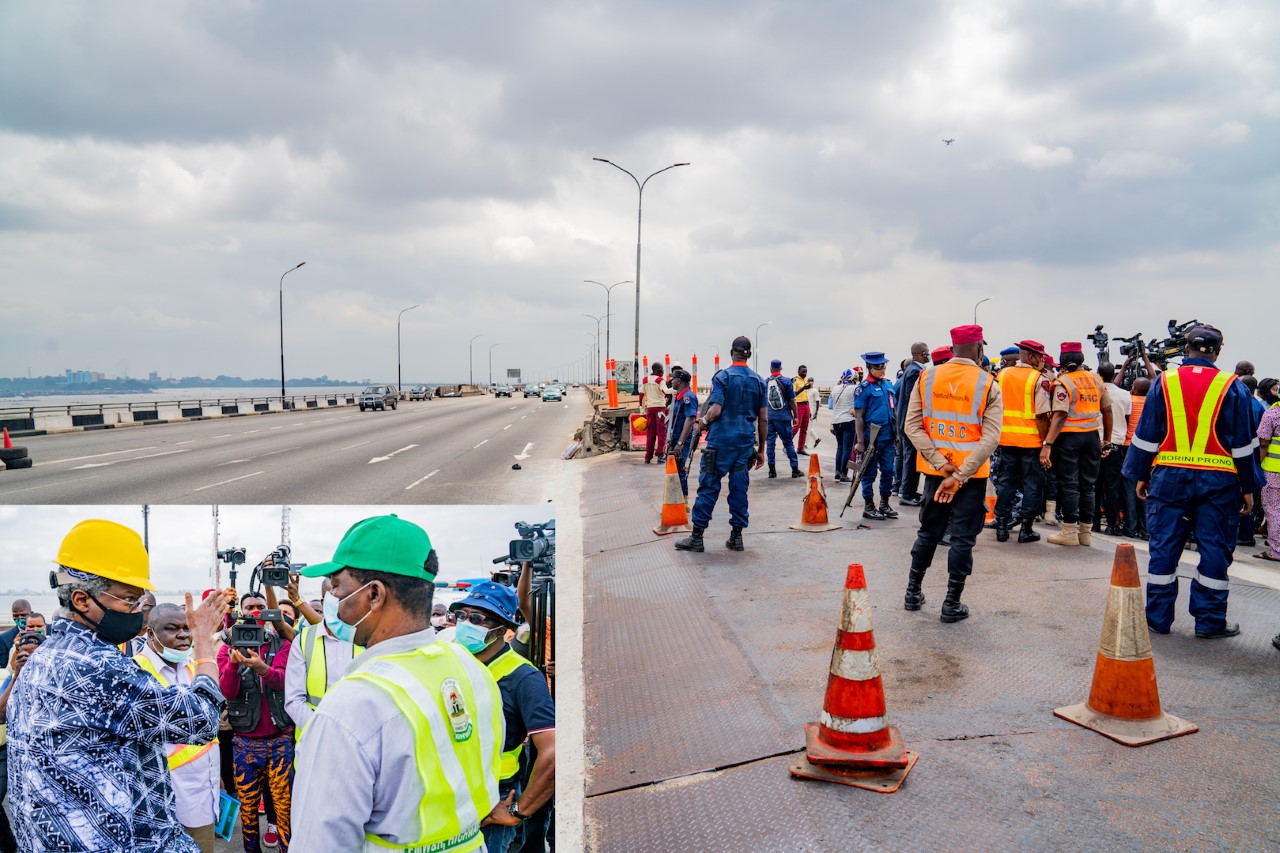 The Federal Controller of Works in Lagos, Mr Olukayode Popoola, on Monday said adjustments will be made on existing diversion points on the Lagos Third Mainland Bridge from Jan. 15 to Jan. 29.

Popoola debunked an earlier claim of a Jan. 13 total shutdown of the bridge in a telephone interview with our reporter in Lagos.

He explained that consultations were ongoing with the Lagos State Government and other stakeholders towards shifting existing diversion points for construction works on the bridge for two weeks, starting from Jan. 15.

He said the existing traffic diversion arrangements were still valid, but the contractor would move the current diversion point towards Oworonsoki and close the Adekunle slip road on the Lagos Island bound carriageway.

“There is a plan to work on the Oworonsoki bound lane, which will require moving the diversion down.

“The traffic switch over time still remains the same.

“It is not total shutdown, but shifting of the diversion point towards Oworonsoki.

“Adekunle slip road will be closed and not all the Third Mainland Bridge.

“The effective date will be from Friday this week.

“Existing diversion point at Adekunle will be shifted further down towards Oworonsoki end, this will now affect the traffic that would have slipped down to Adekunle,” he said.

The controller added that the Adekunle ramp “down the lane will be closed for two weeks from 15th January.”

He said the shift toward the slip road will affect only the Island-bound lane where work is currently ongoing.

“We will move the diversion at Adekunle about two kilometres down toward Oworonsoki, so with that any vehicle coming from Oworonsoki will not be able to use Adekunle ramp.

“Any vehicle coming out from Adekunle will not be able to use the Third Mainland Bridge. That is what we are discussing with stakeholders.

“We are still discussing and trying to fine-tune the process toward the partial diversion closure,” he told our reporter.

Popoola also explained that discussions were also on with traffic management agencies to evolve a perfect management plan to avert gridlock.

He appealed for the understanding of road users as the construction works progress.

It was reported that the Third Mainland Bridge, which was going through a series of repairs, was partially shut on July 24 for another round of rehabilitation works.

The repair, expected to last six months, was extended by one month due to the recent #EndSARS protests in the state, which extended the completion date from January to February.

Traffic was partially diverted on a stretch of 3.5km where construction is ongoing between Adeniji Adele Ramp and Ebute Meta, while different time belts were allotted for traffic diversions on the bridge.

The 11.8km bridge is the longest of the three bridges linking Lagos Island and the Mainland.

The bridge starts from Oworonshoki, which is linked to the Apapa-Oshodi Expressway and the Lagos-Ibadan Expressway, and ends at the Adeniji Adele Interchange on Lagos Island.

Constructed in 1990, the bridge was the longest in Africa; until 1996 when the Oct. 6 Bridge in Cairo was completed.