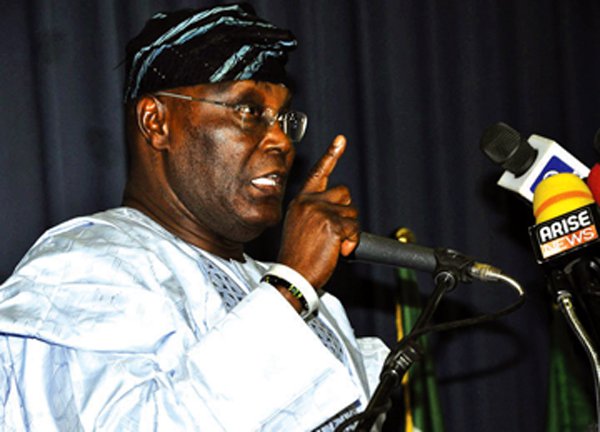 Former Vice President Atiku Abubakar has urged the newly elected President-General, Ohanaeze Ndigbo, Prof. George Obiozor, to sustain and improve upon the cooperation between the group and other ethno-social groups in Nigeria.

Abubakar, in a statement personally signed by him in Abuja on Tuesday, felicitated with Obiozor, urging him to ensure that the unity of Nigeria was stronger and that peace reigns across the country.

He expressed optimism in Obiozor’s inter-personal skills and enough group dynamics experience for the job and to weather the storm.

“I have known Obiozor since his days as Director-General of Nigeria Institute of International Affairs, and a one-time Ambassador of Nigeria to the United States of America, Israel and Cyprus.

“I can attest to his brilliance, wisdom and experience, qualities that I am confident will come to bear as he pilots the affairs of Ohanaeze Ndigbo.

“I also take note of the “big shoes” left behind by Obiozor’s predecessor, Chief Nnia Nwodo, who elevated Ohanaeze Ndigbo to enviable heights such that he was appointed as the Coordinator of all the notable socio-cultural groups in the country.

“I know that Obiozor will tap into his experience and the networks he had built to further push the group to higher heights.”

Abubakar said all eyes were on Obiozor to see the value he would bring to the table especially as it concerned the reconciliation of the groups and individuals who felt offended by the outcome and process leading to his election.

“They should be brought back to the fold and fully integrated for the sake of harmonious relationship between members of the group in particular and Ndigbo in general.”

Abubakar, who said that he spoke with Obiozor and congratulated him, said he was elated that the process that led to his election and that of the new executive was concluded in line with established democratic tenets.

“Like many, who have followed with keen interest the goings-on, I had wondered how the group would pull through the process of the election and still come out unscathed and still remain a cohesive and strong force with its integrity intact.

“By the outcome of this election, Ndigbo have not only proved the pundits wrong, but have shown that they are real democrats.”