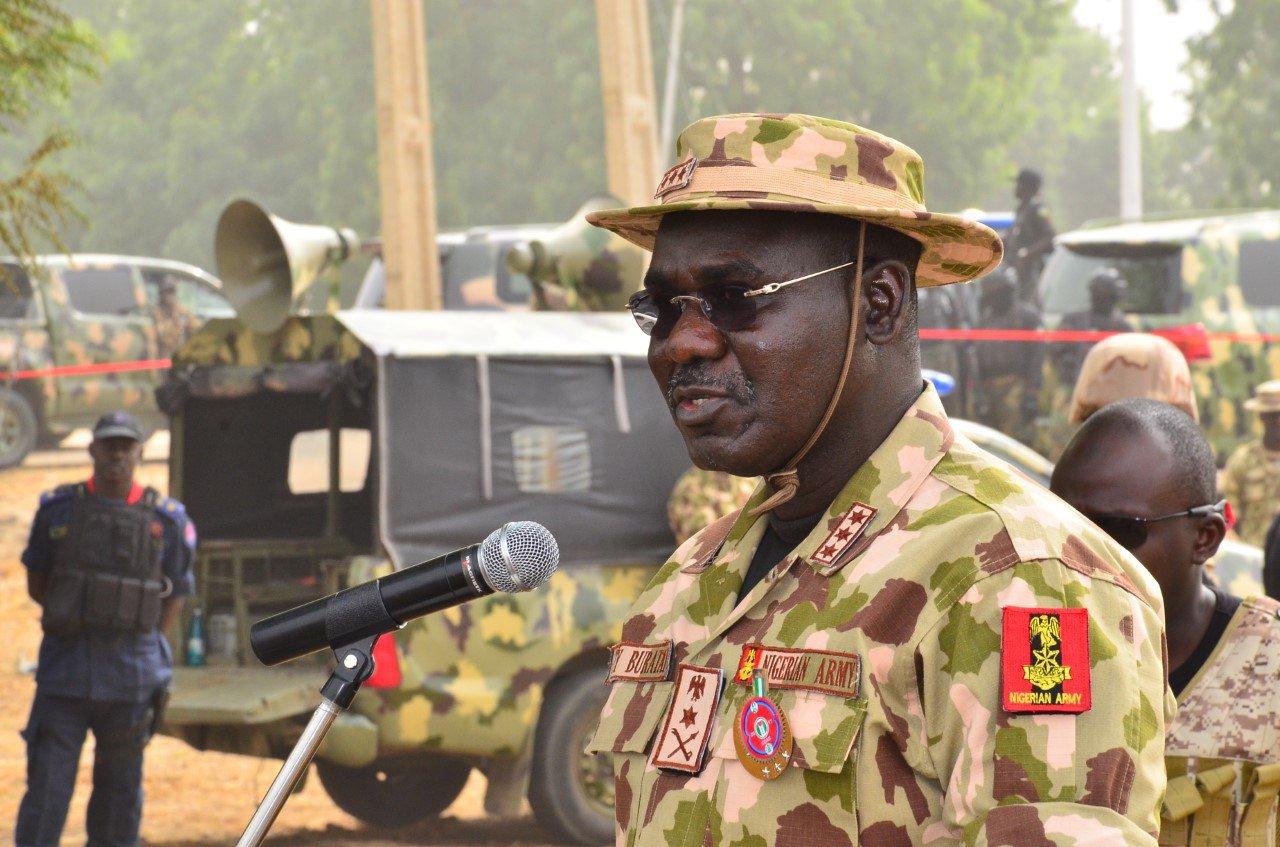 Director Army Public Relations, Brig-Gen. Sagir Musa, told newsmen after the visit that the COAS also inspected the comprehensive upgrade of facilities at the Nigerian Army 44 Reference Hospital in Kaduna.

“The COAS also saw troops of Operation Lafiya Dole and Operation Sahel Sanity recuperating at the hospital,” he said.

Musa said Buratai commended the Director of the hospital and Commander, Nigerian Army Medical Corps, for a job well done.

“While in Jaji on Monday, Gen. Buratai commissioned several projects which included 10 Corporal and below quarters housing more than 100 soldiers and their families.

“He also commissioned married officers’ quarters and Signals wing at the Nigerian Army School of Infantry.

“He used the opportunity to climb the Infantry hill which is a steep slope used in testing the physical fitness and ability of officers and soldiers,” Musa said.