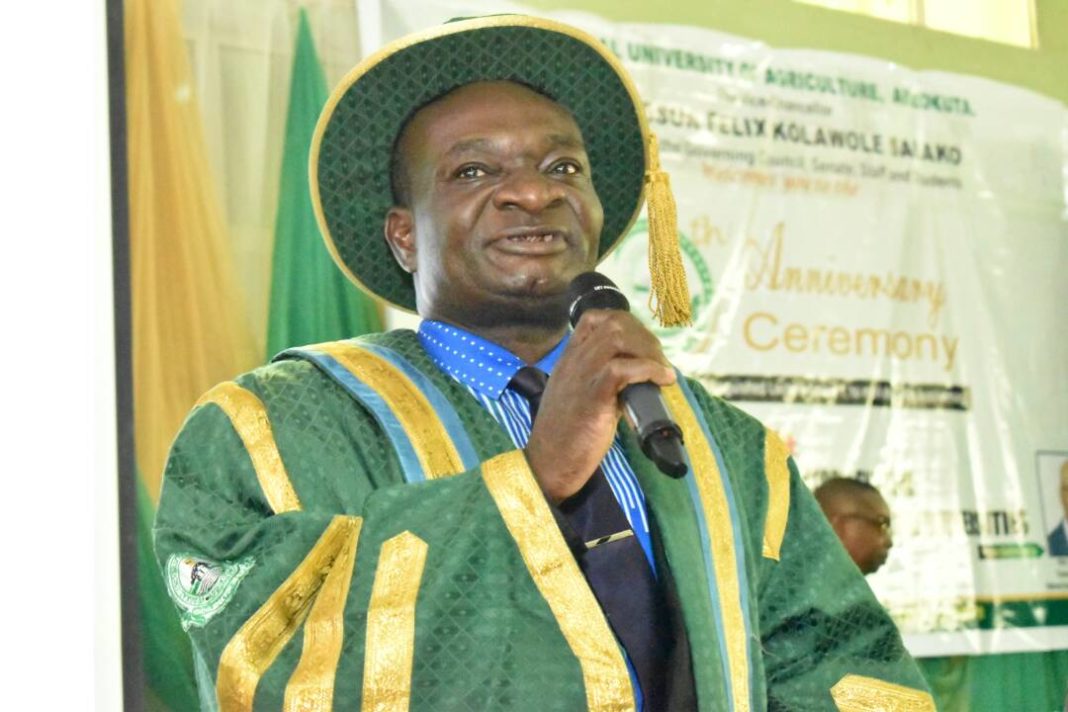 The Federal University of Agriculture, Abeokuta, (FUNAAB), has said that it would resume academic activities on Jan. 18, in compliance with the directives of the Federal Government.

The Vice Chancellor, Prof. Felix Salako, made this known while addressing a press conference on Tuesday, in Abeokuta, after the ASUU Chairman in the institution, Dr Adebayo Oni, had said the university was not ready to cope with the challenges posed by COVID-19.

Oni had earlier said in an interview that conducting physical lectures with students would be disastrous, but Salako maintained that the university was quite ready to resume full activities as measures had been put in place, including COVID-19 protocols as stipulated by the Federal Government.

Salako disclosed that the school had undergone fumigation more than 10 times since March 2020, just as there had been massive infrastructural rehabilitation. FUNAAB VC counters ASUU, says we’re ready to resume Jan. 18.

He added that the management had been producing its own hand sanitisers, as well as procuring hand-washing basins and soaps needed to keep the students and members of staff safe from contracting the virus.

The vice chancellor also said the university would be running what he described as “hybrid” teaching, a mix of physical and virtual learning, while no fewer than 150 solar panels had been installed in some of the buildings, to provide alternative sources of electricity and facilitate the planned hybrid system of learning delivery.

“The virtual learning will take care of large classes, like the part one students, but for fewer classes, we have large halls to accommodate the students,” he said.

On the issue of pending admission of new students, Salako said they had two sets but would only admit the first set, to resume in September.

Our correspondent reports that Salako took journalists on tour of some of the newly completed and rehabilitated buildings that had been equipped with latest technological gadgets to aid virtual teaching and learning.

Also speaking, the Student’s Union President, Mr Abiodun Oloyede, who passed a vote of confidence on the VC, expressed gratitude to the management for putting in place everything to ensure a smooth academic session.

He, however, noted that not all the students would be able to access the virtual learning component, either because of network constraints or their locations.