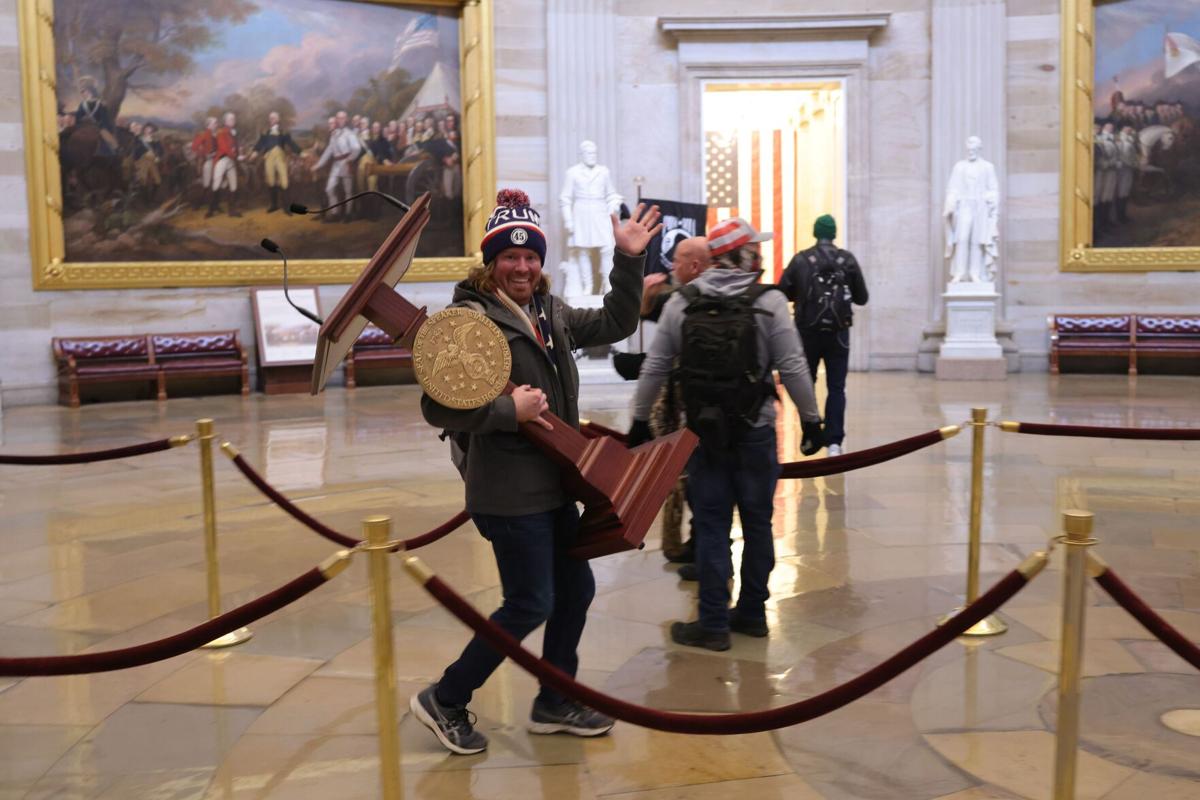 Adam Johnson, the Florida man charged with participating in the U.S. Capitol riot and stealing House Speaker Nancy Pelosi’s lectern, is being released on bond.

Johnson, of Parrish, made his first appearance before a federal judge Monday afternoon at the Sam M. Gibbons U.S. Courthouse in Tampa.

He has been charged with one count of knowingly entering or remaining in any restricted building or grounds without lawful authority; one count of theft of government property; and one count of violent entry and disorderly conduct on Capitol grounds, according to a federal complaint.

A warrant was issued Friday, and Johnson was charged in federal court in Washington on Saturday.

He was forced to surrender his passport and cannot possess any firearms.

His travel will also be restricted to the confines of the Middle District of Florida and to Washington, but only for court appearances or meetings with prosecutors or investigators.

Johnson was caught on camera during last week’s riot carrying a lectern taken from Pelosi’s office in the Capitol.

The lectern was later found in a Capitol hallway.

Acquaintances identified Johnson as the man as the photo circulated on social media.

He was arrested Friday and was being held at the Pinellas County jail before the hearing on Monday.