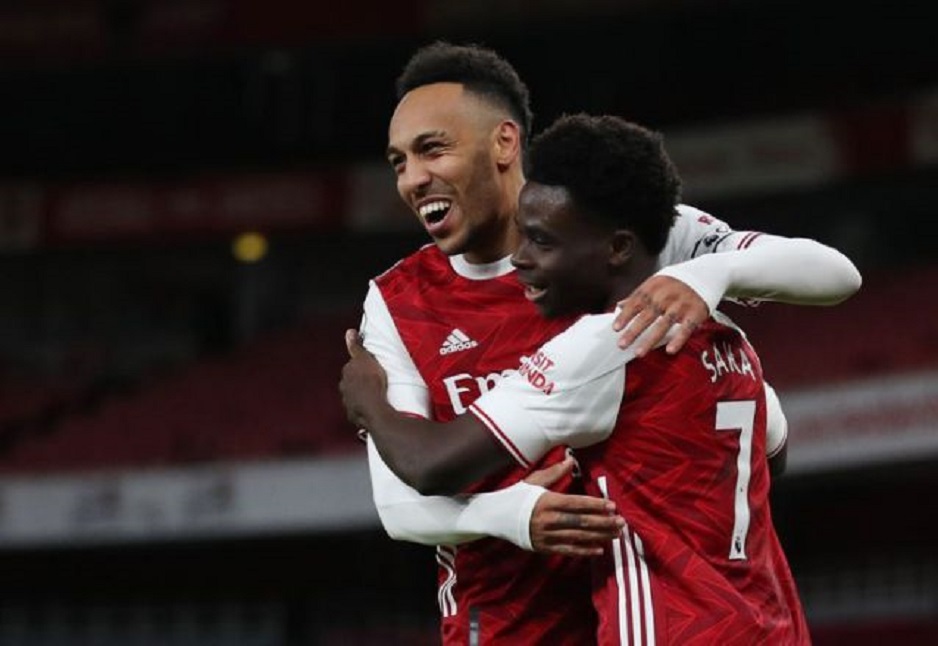 Pierre-Emerick Aubameyang struck twice as Arsenal defeated Newcastle United 3-0 in the Premier League on Monday, condemning Steve Bruce’s side to a ninth game without a win in all competitions.

Aubameyang fired the Gunners ahead in the 50th minute, finishing off a counter-attack, running at the Newcastle defence and then blasting home a powerful left-foot drive at the near post.

Ten minutes later Bukayo Saka made it 2-0 with a confident slot home after good work down the left flank from youngster Emile Smith Rowe.

Aubameyang completed the comfortable victory after Cedric Soares got to the byline and pulled the ball back into his path.