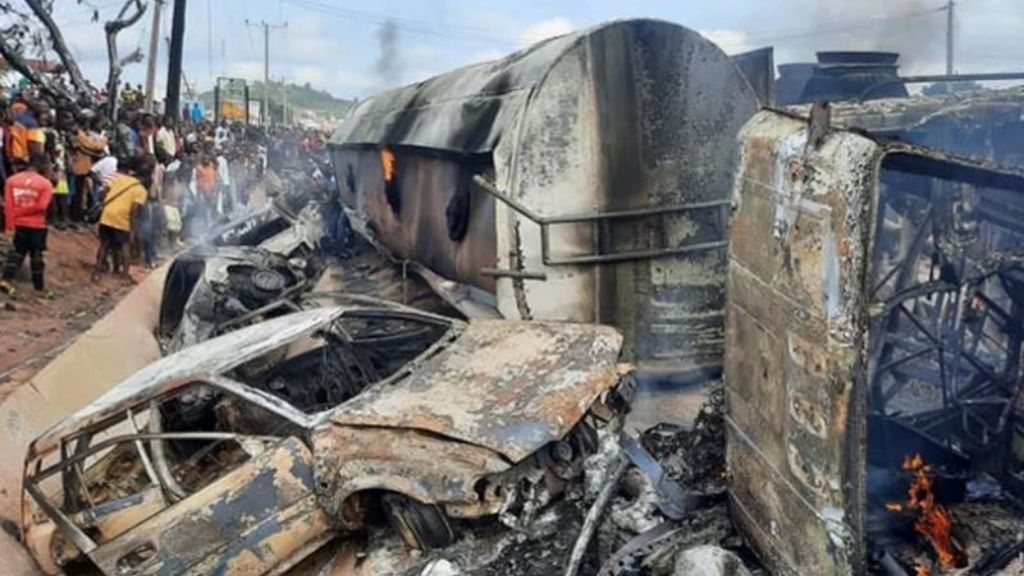 The Federal Road Safety Corps (FRSC) has confirmed that three persons died while several others were injured on Tuesday, when a petrol tanker exploded on IBB Boulevard in Abeokuta.

Mr Ahmed Umar, the FRSC Sector Commander in Ogun, who confirmed the incident to our reporter in Abeokuta, said that five vehicles and two motorcycles were burnt in the incident.

“It was an accident involving a tanker loaded with premium motor spirit. It fell and caught fire, affecting other vehicles.

“Our men are there with the fire service to contain the fire and prevent it from spreading further,” Umar said.

Mr Femi Ogunbanwo, the Commissioner for Special Duties, who was at the scene of the incident, said the government would wait for reports from relevant agencies before responding appropriately.

Ogunbanwo assured that government would foot the bill of those injured, adding that “the governor is aware of the incident.”

An eyewitness told our reporter that the incident occurred about 8.00 am.

The eyewitness explained that the tanker which was coming from the Kuto flyover lost control while descending and fell, spilling its content and catching fire.