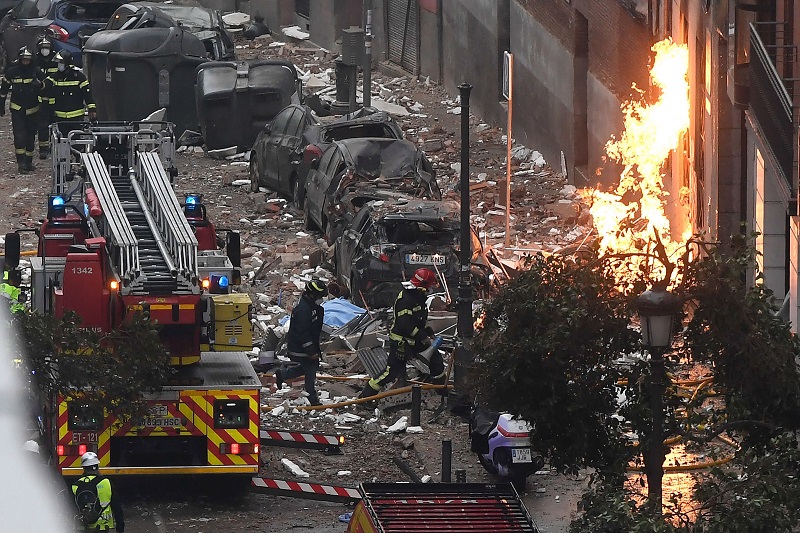 The number of people killed in a powerful gas explosion in the Spanish capital Madrid has risen to four, Spanish state broadcaster RTVE reported on Thursday.

A priest who had suffered severe burns in the explosion that destroyed a six-storey building died in hospital, said the report.

At the time of the explosion, he had been with the technician who had tried to repair the building’s gas heating.

The priest and two other people died as well, and at least 10 people were severely injured.

The blast occurred around 3p.m (1400 GMT) on Wednesday and could be heard from several kilometres away, frightening thousands of people in the city.

Pictures broadcast on Spanish television showed the facade of the building at 98, Calle de Toledo about 700 metres south of Plaza Mayor had almost entirely collapsed.

Debris flew through the air from the detonation and hit nearby premises of a school.

One child was slightly injured by glass from a broken window.

The explosion was caused by a gas leak during repair works, the Interior Ministry said.

The building, an accommodation and office building for priests, is to be torn down as the works already began.