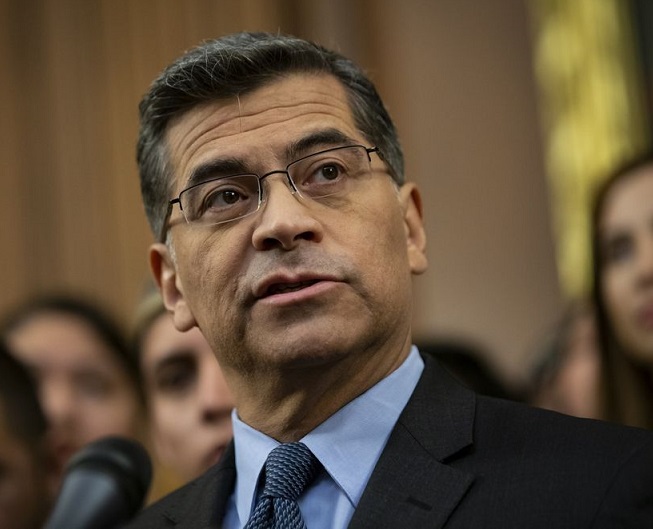 Xavier Becerra, President Joe Biden’s nominee to be the nation’s top health official, on Sunday likened the U.S. spread of the Coronavirus (COVID-19) to a “plane in a nosedive” as the new administration vowed to rapidly ramp up vaccinations against a virus that has killed more than 400,000 Americans, nearly one-tenth of them in California.

Dr Anthony Fauci, the president’s chief medical adviser, said the push to inoculate as many people as possible was a race against emerging new variants of the virus because existing vaccines may at some point lose some of their effectiveness against mutations.

“What we will do, and are doing already, is making preparations for the possibility that down the pipe, down the line, we may need to modify and upgrade the vaccines,” Fauci said on CBS’ “Face the Nation.”

He said although such modified vaccines were not necessary at this juncture, “the best way to prevent the further evolution of these mutants is to vaccinate as many people as possible.”

Biden’s chief of staff, Ron Klain, said a comprehensive vaccine distribution plan “did not really exist” when the new president’s team took over after his inauguration on Wednesday.

Interviewed on NBC’s “Meet the Press,” Klain said the “fundamental difference” between the former and current administrations is that “we are going to take responsibility at the federal government” level, because states and municipalities are struggling.

“The way in which people get vaccine is chaotic — it’s very limited,” said Klain, who added: “The process of getting that vaccine into arms, that’s the hard process. That’s where we’re behind as a country.”

Becerra, California’s attorney general and Biden’s pick to be secretary of the Department of Health and Human Services, told CNN’s “State of the Union” that the spread of the virus is uncontrolled in the United States.

The country has reported more than 25 million cases, about one-quarter of the world’s total.

“The plane is in a nosedive, and we’ve got to pull it up.

Administration officials have warned that it will take time to reduce the virus’ spread because for now there simply is no enough vaccine to go around.

“I think that the supply is probably going to be the most limiting constraint early on, and we’re really hoping that after that first 100 days we will have much more production,” the director of the Centers for Disease Control and Prevention, Rochelle Walensky, said on “Fox News Sunday.”

Biden has said the administration’s goal was to administer 100 million shots in its first 100 days.

Although more than 1 million people have been inoculated on some days, Fauci said the administration’s objective was ambitious, citing obstacles such as getting doses to remote rural areas and parts of the country with less medical infrastructure.

Meeting the president’s goal “is going to be a challenge,” Fauci told CBS.

One prominent infectious-diseases specialist who will not be joining the Biden team is Deborah Birx, White House coronavirus task force coordinator under former President Donald Trump.

During her tenure, she sometimes came under criticism for not pushing back publicly against some of the ex-president’s more fanciful claims.

In an interview on “Face the Nation,” Birx was asked directly whether there were “COVID deniers in the White House.”

She replied that in the White House and around the country “there were people who definitely believed that this was a hoax.”

The scientist said she believed “a parallel set of data” from someone inside or outside the White House was shown to the president, suggesting that that misinformation influenced Trump’s actions and public statements.

“I don’t know to this day who” provided it, Birx said.

We’re committed to buying, promoting Made in Nigeria vehicles, others – FG