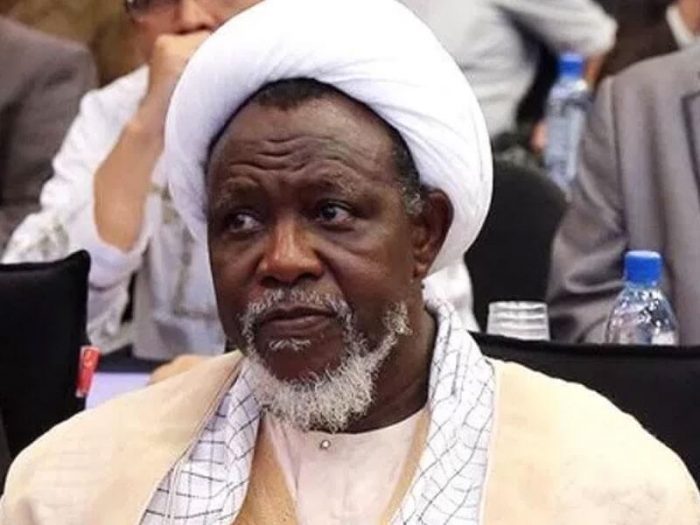 A Kaduna State High Court, on Tuesday, adjourned the trial of the leader of the Islamic Movement in Nigeria (IMN), Ibrahim El Zakzaky and his wife, Zeenat, until March 8 and March 9.

The adjournment followed Justice Gideon Kurada’s ruling in an application by the counsel to defendants, Mr Eddie Inegedu, representing Mr Femi Falana, requested for time to preview a video brought to court by two prosecution witnesses.

Inegedu told reporters after the trial, that the court admitted one of the two witnesses brought by the prosecution.

He said the second witness was not admitted because the defence team needed time to preview the documentary evidence (video) brought by the witness, a former legislator at the Kaduna state house of Assembly.

On whether the Nigerian Correctional Service had complied with the court order to evacuate Zeenat to a Isolation centre for CCOVID-19 treatment, Inegedu said the team had yet to be brief on that.

Also speaking, Mr Chris Umar, the state Solicitor General and Permanent Secretary Ministry of Justice, who led the prosecution said his team presented one witness and the trial was adjourned until March 8 and March 9 for continuation of hearing.

Justice Kurada had on Jan. 25, ordered that Zeenat who tested positive to COVID-19 be evacuated to a government-approved isolation and treatment centre.

Falana said that his client tested positive to COVID-19.

Falana said his team presented the results of the test before the court and applied that Zeenat, the second defendant in the trial who tested positive to the virus more than one week, be availed with proper medical facility to get treatment.

Falana had complained that the Medical facility at the Kaduna correctional centre did not have the facilities to treat the virus.

The secret trial of the IMN leader and his wife Zeenat began on Nov. 18, 2020 at the High Court.

The Kaduna State Government charged El-Zakzaky and Zeenat with eight counts bordering on alleged culpable homicide, unlawful assembly and disruption of the public peace among other charges.

On Sept. 29, the IMN leader and his wife pleaded not guilty when the charges were read to them.

The state had so far presented nine witnesses including two Army officers, a retired director of state security service and a medical doctor who testified in secret before Justice Kurada.