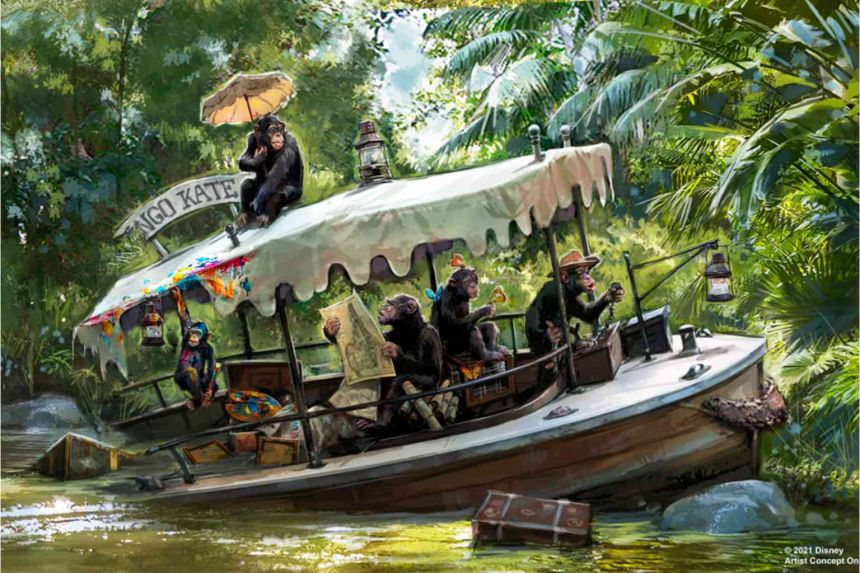 The Jungle Cruise ride at Disney’s theme parks in California and Florida is getting a makeover to remove what the company called “negative depictions” of some cultures.

Disney said on Monday that the river boat attraction would be updated to “reflect and value the diversity of the world around us.”

Critics have accused Jungle Cruise, which was first launched in 1955, of having racist overtones in its depiction of some non-Western characters as savages and cannibals.

The updated ride will include new scenes and a new storyline, Disney said in a blog. No date for the launch was given, but Disney said the changes were not connected with the upcoming “Jungle Cruise” movie, starring Dwayne Johnson, which is due for release in July.

“This is not a re-envisioning of the entire attraction. It’s the Jungle Cruise you know and love, with the skippers still leading the way, and at the same time, we’re addressing the negative depictions of ‘natives,’” Chris Beatty, an executive with Walt Disney Imagineering said in an interview.

The changes follow a cultural reckoning in the U.S. over systemic racism that has led to overhauls of several television shows and movies.

Disney said in June that its Splash Mountain ride was also being overhauled to remove its associations with Black stereotypes in the 1946 film “Song of the South,” on which it was based.

The entertainment giant last year also posted advisories on some of its classic animated movies, including “Peter Pan” and “The Aristocrats” warning that they contain outdated or stereotyped depictions of people of colour.