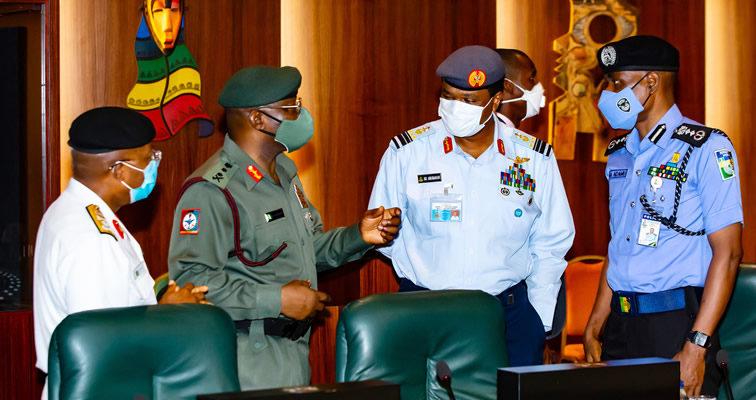 The Peoples Democratic Party (PDP) in Lagos State has described the replacement of Service Chiefs by President Muhammadu Buhari as a welcome development and victory for Nigerians.

The Publicity Secretary of the party, Taofik Gani made this remark in an interview with our reporter while reacting to the sack of the service chiefs and their replacement on Tuesday by the President.

According to him, the development is a good omen for a new approach, idea and strategy in tackling the nation’s numerous security challenges.

“It is a welcome development though long awaited, however, it is victory for Nigerians.

“We expect that we should have better security now and we also urge the out gone service chiefs to be ready to give more advice.

“They have done their best, only that their best was not enough and that was why they have been changed but they remain patriots,” Gani said.

The spokesman said that the new service chiefs should swing into action to douse security tensions across the country.

“We expect the new service chiefs to be best professionals, they should not be partisan. Their allegiance should be to Nigeria State especially this time.

“They have a lot to do. They are coming at a time when banditry, kidnapping and all other security threats are at the peak.

“So, they should be very professional to douse the security tensions for their record. If they can curb all these security threats within a very short time, they will not be forgotten,” Gani added.

It was reported that President Buhari on Tuesday accepted the immediate resignation of the Service Chiefs and their retirement from service, in a statement by Mr Femi Adesina, the Special Adviser to the President on Media and Publicity.