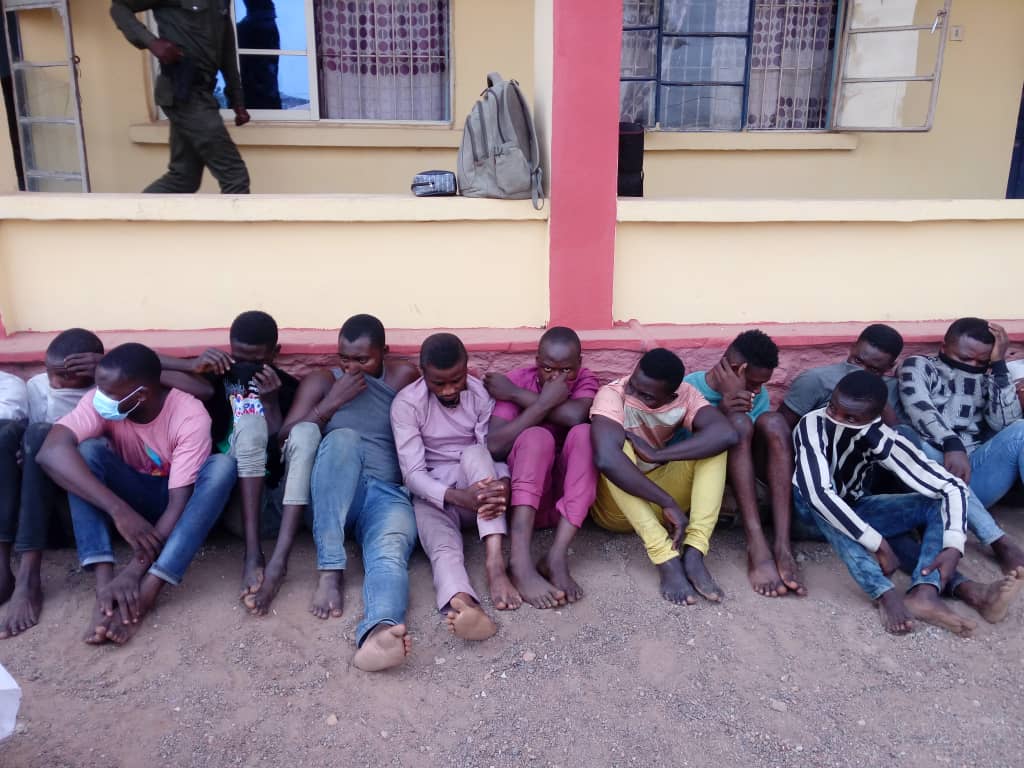 The Ogun police command, on Wednesday, paraded 25 suspected members of the dreaded buccaneer cult group, who they arrested during an alleged initiation ceremony in Abeokuta.

Parading the suspects at the Command’s Headquarters, Eleweran, Abeokuta, the state Commissioner of Police, Edward Ajogun, disclosed that the suspects were arrested along with three herbalists, who conducted the initiation.

The commissioner said the cultists were arrested, following intelligence reports, that some cultists were planning to unleash mayhem on members of the public, after conducting an initiation rite for new members in Ita-Oshin area of Abeokuta.

He disclosed that the police recovered battle axes, cutlasses, weed, suspected to be Indian hemp, and costumes of their group.

It was reported that the suspects were among 59 others paraded for rape, kidnapping, murder, armed robbery, fraud, among others.

The police boss also paraded three murder suspects for allegedly beating a 23-year-old man, Samuel Ajibade, to death over alleged theft of two mobile phones belonging to one of them.

One Tunde Bello, a taxi driver, who allegedly abducted and raped a 29-year-old lady (name withheld),while on her way to work last September, and collected N140,000 before she was released, was similarly paraded, alongside a suspected fraudster, Daudu James.

The commissioner disclosed that James specialised in swapping ATM cards of unsuspecting victims and siphoning money from their accounts and that at the time of his arrest, he had 17 different ATM cards on his person.

“The suspect had succeeded in swapping ATM cards of two persons and siphoned the sum of N40,000 and N55,000 from the victims.

“He, however, ran out of luck when one of his victims sighted him in another bank trying to swap another person’s ATM card. The victim raised alarm and he was promptly arrested,” Ajogun said.

Speaking to our reporter, James confessed to committing the crime, calling on government to have mercy on him.

The commissioner warned criminals to relocate from the state, as the police would continue to ensure that no part of the state was made conducive for criminals.

Police reiterate commitment to security of lives, property in Ogun