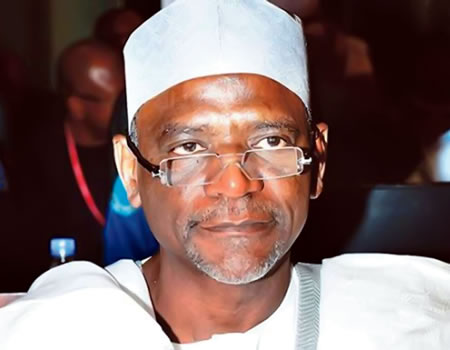 Reactions have continued to trail Federal Government’s approval of establishment of 20 private universities, with many stakeholders applauding the development but calling for quality assurance.

The Minister of Education, Mallam Adamu Adamu had told newsmen after the Federal Executive Council meeting on Wednesday in Abuja that the approved universities would get their provisional licences from the National Universities Commission.

Adamu said that the licences would be used for the next three years, while monitoring and evaluation would go on.

Prof. Chinwe Obaji, a former Minister of Education, told our reporter in an interview that the approval was in order.

She, however, said that there was the need to match the establishment with manpower and other operational needs.

“I not not have any problem with establishing more universities across the country but my concern is putting in place an enabling environment, quality assurance for them to remain strongly competitive.

“For instance, we must consider equipping them and ensuring they have qualified manpower to run them.

“Again, where are the lecturers that are to teach in these universities when we are complaining of inadequate academic staff in the already existing ones.

“One thing is clear, you can make a minister out of anybody overnight, you can equally make a senator, a businessman or even a president, but you can hardly make a professor or a senior lecturer out of anyone overnight.

“You have to go through the mills before getting there. We must also consider what facilities are on ground that will drive online teaching and learning in the face of the current global health challenge, as well as other facilities,” Obaji said.

She also urged governments to reconsider encouraging purely private individual ownership of universities, as the children of the private owners might not be interested to continue running the university in the event of their demise.

“We should try to shift our attention to faith-based or even corporation-based ownership.

“This is to ensure continuity and proper management,” she advised.

Chief Adeolu Ogunbanjo, Deputy President, National Parent Teacher Association of Nigeria, told our reporter that the approval of establishment of the universities was a step in the right direction in view of the country’s population.

He called on the Federal Government to also look into specialising universities in order to bring out the best from them.

“Let me also say that government has a lot of things jostling for its attention and cannot really fund education all alone.

“As much as it is willing to ensure that there are more tertiary institutions in the country, there is the need for other stakeholders to complement such efforts.

“I also want to say that there is need for adequate facilities on ground.

“Establishment of these new universities is also a wake-up call for workers, especially the teaching staff of our federal and state universities, to be more responsive to their tasks,” he said.

He said that incessant strikes by labour unions in universities were drawing students back.

“This is very disturbing. There is need to get it right as soon as possible,” he said.

According to him, it affirms the prospect of the private universities’ contributions to education in the Nigeria.

“It simply goes to show that these private universities have done well.

“It is a good development, the Federal Government cannot solely fund education.

“Private individuals should come on board and do their bits and ensure sustainability and quality, as anyone that does not do well will die by nature.

“The caveat is maintaining high quality. There is always a tendency for people to compromise in private universities; so, there must be the Shakespearean approach, which is: To your ownself, you tell the truth,” the professor said.

“Faced with inadequate space in existing institutions, limited by coronavirus pandemic and travel restrictions, government has to look for practical means of preventing a repeat of the #EndSARS protest.

“It is from this perspective that other palliative measures, including resolution of labour disputes, are also being pursued,” he said.

He said that with population explosion in the country, there would be the need for a standard education system by the 2030.

“The existing and newly established private universities should include entrepreneurial courses in their curriculum so that hopefully, by that 2030, Nigeria would have achieved its Sustainable Development Goals,” he urged.

It was reported that before the approval of the 20 new universities, there were 79 private universities.

No student will be accommodated on campus, says UI management