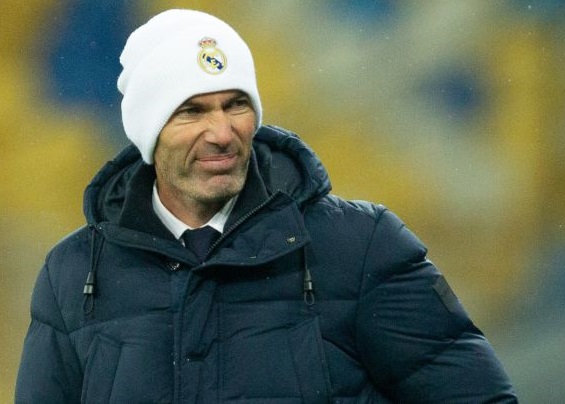 Zinedine Zidane will be back on the bench as his team visit bottom of the table Huesca, while Barcelona FC travel to Real Betis.

He missed Real Madrid’s 2-1 defeat by Levante after testing positive for the coronavirus.

Real Madrid are looking for a confidence-boosting win over bottom of the table Huesca on Saturday, with any other result unthinkable for Los Blancos.

Zidane’s side stumbled to defeat at home against Levante last weekend, which left the coach in a difficult position, although that’s nothing new for him.

Reigning champions Real, in third, have 40 points from 20 games, 10 behind leaders Atletico Madrid, having played one extra match.

Zidane, who missed the last two games after testing positive for the coronavirus, was able to return to training this week and will be on the bench for the game at El Alcoraz.

Earlier this season, some supporters called for his head but Zidane steered the side to three crucial victories in a week against Sevilla, Atletico and Borussia Moenchengladbach.

Real are hoping to have captain Sergio Ramos and right back Dani Carvajal back for the game after they missed the Levante defeat, but Eder Militao is suspended.

Eden Hazard will not be available after the Belgian winger suffered yet another injury setback, poised to keep him out for at least four weeks.

“We have to fight, La Liga lasts until May. We have to react and hope Atlético lose, but they keep winning,” said Madrid goalkeeper Thibaut Courtois.

Huesca, three points from safety, might hope to capitalise on the champions’s fragility and build on their 3-1 win at Villarreal last week.

Diego Simeone’s Atletico host Celta Vigo on Sunday and have lost just one game all season in the top flight, the visit to crosstown rivals Real.

Luis Suarez is in fine form up front and leads the division’s goalsoring charts on 14, two ahead of his former Barcelona team-mate Lionel Messi.

His team is erratic at the back but has impressed in 2021 after a slow start, with Antoine Griezmann in his best form since joining from Atletico in 2019.

The French striker has scored seven goals in his last seven games and regained his starting slot ahead of Martin Braithwaite.

“We’ve shown a winning mentality, this victory will give us a lot of confidence.

“I need to be more consistent. I’ve been in good form through January, I want to continue like this until the end of the season. I have the confidence of the coach and my team-mates.

Barcelona will be without long-term absentees Ansu Fati, Gerard Pique and Philippe Coutinho, while Sergi Roberto suffered a thigh injury on his first start back following a similar problem.

Betis, in seventh, are unbeaten in their last eight matches across all competitions and face Athletic Bilbao in the Copa del Rey quarter-finals on Thursday night.