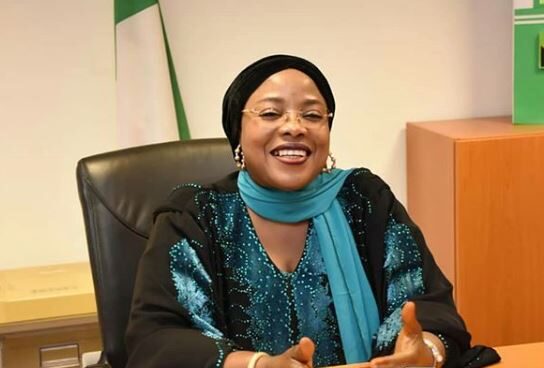 The Minister of State for Federal Capital Territory Minister, Dr Ramatu Aliyu, has said that the All Progressives Congress (APC) revalidation and registration of new members is scheduled for Feb. 8.

Aliyu made the disclosure during the presentation of stakeholders of the party to members of the revalidation and registration committee, on Friday in Abuja.

The minister who stated that the exercise would last for two weeks also urged the committee members to carry out the exercise in a justifiable and equitable manner.

The minister warned that the committee should not give room for internal wrangling capable of dividing the party.

Aliyu, who noted that the outcome of the exercise would go a long way in determining the success of the party in the coming elections, called on members to engage in massive membership mobilisation.

She informed stakeholders that APC was still in control of the territory having won four chairmanship positions out of six area councils and with majority of the councillors.

“We are gathered here today to fulfill one of the constitutional rights as stipulated by Independent National Electoral Commission (INEC), that is, revalidation of membership and registration of new members.

“This shows that the party is open to new members and encourage the old ones to revalidate their membership.

“There are so many reasons for us as a party not to disenfranchise anyone, but to give each other a voice and a very strong voice.

“This exercise shall be free and fair, devoid of any sentiment. We will not give room for internal wrangling in order to divide us.

“Fortunately, even as much as we do not win the Senate and House of Representatives seats; we did not loose the entire territory because we have four of the six area council chairmen and majority of councillors with us.

“That tells us clear that something very interesting might happen in the next elections,” she stated.

Aliyu used the occasion to declare that she was not contesting any political office in the FCT, but pledged to support any credible candidate that would give residents of the territory good representation.

“Thank God Almighty, we have two ministers in the FCT, who are not contesting any position with you. You are lucky and for that we will encourage every member in the FCT.

“In my own case, I was born here, grew here and became a politician here and I will encourage every politician to actualise his dream here provided you give good representation.

“I am not contesting anything in FCT. With the fear of God, I will be willing to guide you through and support you to ensure that justice is done,” she said.

In his remarks, the FCT APC Chairman, Malam Abdulmalik Usman, stated that one of the critical reasons of the exercise was to give room for fresh members so that every Nigerian would be allowed to register as a member of the ruling party.

“For those who are members, they have to revalidate their membership because as at the time you registered in 2014, your age has changed by now and those who are underage as at that time are free to register.

“Above all, those who are aggrieved in other parties are free to join us,” he added.