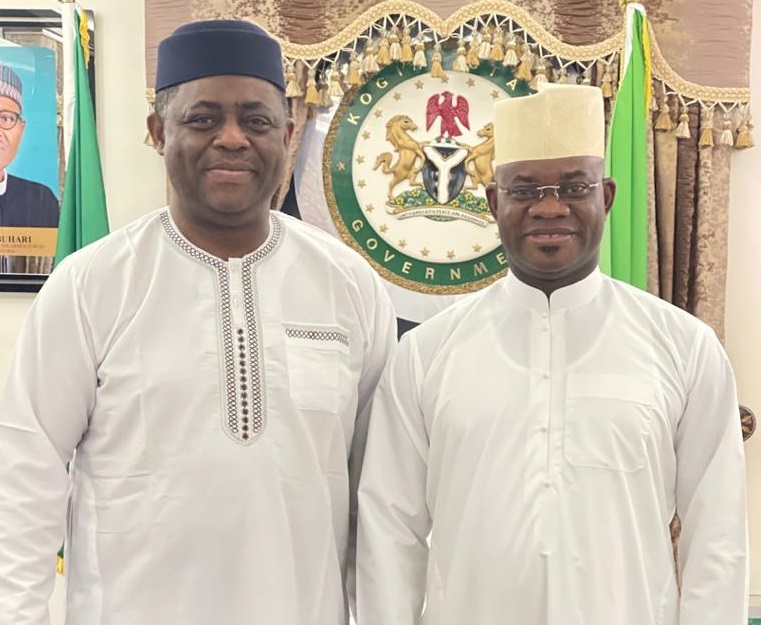 Gov. Yahaya Bello of Kogi on Monday received a former Minister of Aviation, Mr Femi Fani-Kayode, at his Abuja residence, appealing to Nigerians to practice politics without bitterness.

The Chief Press Secretary to the governor, Mr Onogwu Muhammed, quoted Bello in a statement as saying that embracing politics without bitterness would boost nation building and promote national integration.

Bello described Fani Kayode’s visit as a welcome development, stressing that all hands must be on deck to ensure that Nigeria remained an indivisible entity.

The governor said also that stakeholders must ensure that the fight against insecurity was fought without ethnic and regional biases.

“The support for President Muhammadu Buhari’s administration in fighting insecurity and poverty in the country must be holistic, irrespective of party differences,” our correspondent quotes him as saying.

“The All Progressives Congress (APC) remains the hope of Nigeria and it is important for everyone to support Buhari’s administration for the development of Nigeria as a country.

Also speaking, Fani-Kayode described Bello as a phenomenal leader and bridge builder, saying that he had a fruitful discussion with the governor.

“It was an honour to have spent quality time with the governor — my friend and brother.

“We had a frank, candid, fruitful and productive discussion on the way forward for our country.

“This is a clear case of politics without bitterness and of building bridges. This is a time that we as Nigerians must all come together as one to save our country,” Fani-Kayode said.

The governor and the former minister also visited Gov. Mai Mala Buni of Yobe, who is also the Caretaker Chairman of the APC.