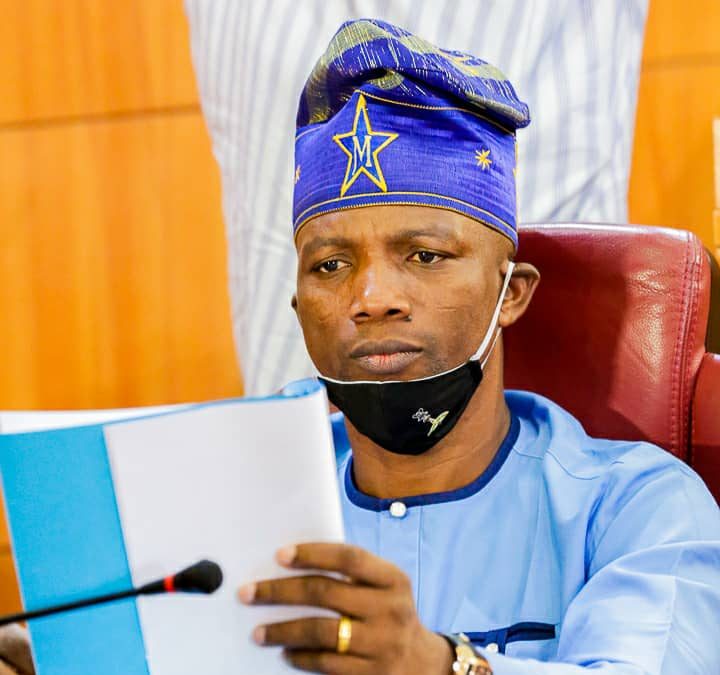 A member of the Lagos State House of Assembly, Mr Rasheed Makinde, on Wednesday urged youths to join the ruling All Progressives Congress (APC) by participating in the party’s ongoing membership revalidation and registration.

Makinde, a two-term lawmaker representing Ifako-Ijaiye Constituency II in the Lagos State House of Assembly, made the appeal in an interview with our repoter in Lagos.

The lawmaker, who revalidated his APC membership at Polling Unit 022, Ward 10 of the constituency, said that indifference, destructive criticisms and complaints would not bring about desired change.

According to Makinde, who is the Acting Chairman of the House Committee on Special Duties and Inter-Governmental Relations, APC is doing well.

“I will advise all who believe in our philosophy to join APC. I want youths in Ifako-Ijaiye Constituency to join the party to move the constituency forward.

“Though joining a political party is not by force but if you believe in what it is doing, I believe, we are performing; Lagos State is doing wonders across the length and breadth.

“I implore youths in Lagos State to come and join us, if you are not part of the party, you cannot know what it is doing, and you will continue making criticisms and protests that will not change anything.

“Let the youth come and be part of this crusade for change,” he added.

He added that youths should join the party in order to contribute their quotas to the development of the state.

Assessing the exercise, Makinde said that old members should have been exempted from the exercise to save cost, time and energy.

In an interview with our reporter at Polling Unit 034 in Ward 10, an APC member, Mr Tunde Adejumo, said that the process was good and fast but complained of the timing.

He said that his old membership had yet to expire.

Adejumo said that the requirement of a passport-size photograph for the exercise was a burden to poor members.

Another member, Mrs Victoria Shonibare, told our reporter at the same Polling that the process was smooth and fast, urging that more Nigerians should be involved in politics.

It was reported that the exercise, which began on Jan. 25 with activities including constitution of committees, trainings and revalidation of notable members, was opened to general public on Tuesday in Lagos.

The exercise meant to last for two weeks was ongoing smoothly in many polling units across various wards but many members complained about not possessing passport-size photographs.