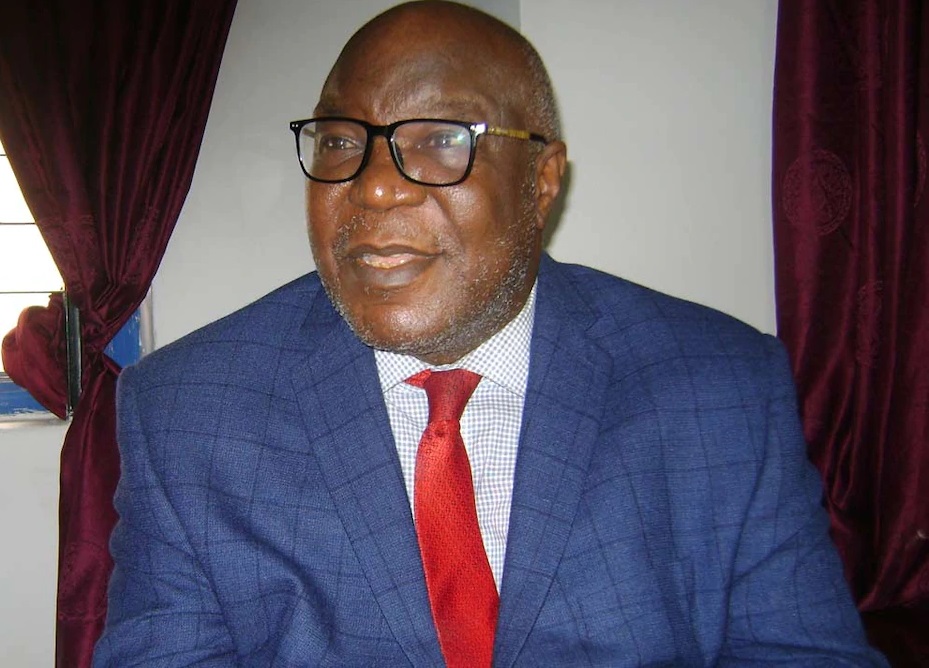 Scholars, administrators and other eminent Nigerians on Wednesday paid tributes to a former Vice-Chancellor of the University of Lagos, Prof. Oyewusi Ibidapo-Obe, at a special senate meeting of the university organised in his honour.

It was reported that Ibidapo-Obe died on Jan. 3, from COVID-19 complications.

Ibidapo-Obe, a Professor of Systems Engineering, was the university’s Vice Chancellor from 2000 to 2007.

He was also the Vice-Chancellor of the Federal University, Ndufu Alike Ikwo in Ebonyi, now Alex Ekwueme University.

Prior to his demise, he was the Pro Chancellor of the Technical University (Tech-U) Ibadan, the Crawford University Igbesa, and the Vice Chairman of the Board and Chairman of Council, African University of Science and Technology, Abuja,

At the occasion, Prof. Oluwatoyin Ogundipe, the vice-chancellor of the University of Lagos, described Ibidapo-Obe as an uncanny university administrator and a phenomenal and untiring academic.

He said that there was no doubts that Ibidapo-Obe left behind an indelible foot print in the sands of time.

Ogundipe also described the late professor as a scientist of repute and a global scholar with over 100 publications in international journals.

He added that Ibidapo-Obe made sterling contributions to scientific knowledge in the areas of Control and Information Systems, Stochastic/Optimisation Problems in Engineering as well as Reliability Studies, among other fields.

“Sunday, Jan. 3, was the day. It was the day that Heavens decided to swell its own ranks of dutiful and distinguished men, leaving those of us here on earth to make do with the fond memories of their great deeds.

“It was the day that a vice-chancellor of this great university transitioned into immortality. He was a man of many parts and distinguished in all of them.

“The university of Lagos is proud of the enviable legacies of the late distinguished professor, they are legacies of immeasurable contributions to knowledge creation, selfless service to God and humanity and of devotion to the institution of family.

“Today, we celebrate the life of an icon, a life that will continue to inspire future generations of scientists, scholars, administrators and patriots,
Ogundipe said.

He noted that the late professor joined the services of the University of Lagos in 1972 as a graduate assistant and rose through the ranks to become a full professor in the university in 1983, at the age of 33 years.

“He was appointed the substantive vice chancellor of the university on May 1, 2002, and successfully served until the end of his tenure on April 30, 2007,” Ogundipe added.

He noted that the university’s senate and council honoured Ibidapo-Obe as Distinguished Professor of Systems Engineering in 2012.

He also noted that Ibidapo-Obe retired from the university on July 5, 2019, as the longest serving academic in the history of the university.

Ogundipe added that Ibidapo-Obe was scheduled to be honoured as Professor Emeritus at the postponed 2020 convocation ceremony of the university.

In his tribute, the General Overseer, Redeemed Christian Church of God, Pastor Enoch Adeboye, said that the greatest victory anyone could win was to defeat death.

Adeboye said that death could be conquered here, on earth, and in eternity by accepting and serving Jesus Christ as lord and saviour.

“He was a very pleasant man who did not live for himself. I knew him since the 1970s, when he was a student in the Department of Mathematics in this university, where I was a young lecturer then.

“He demonstrated even then that he was going to be one of the greatest mathematicians, at least, in Africa. I was not surprised when he ultimately became the vice-chancellor of this university.

“No doubt, the academic world has lost a rear gem, Our prayer for the family he left behind is that the God of inexhaustible grace shall preserve, sustain and uphold all of you in Jesus mighty name,’’ he prayed.

Prof, Yakubu Ochefu, Secretary-General, Committee of Vice-Chancellors of Federal Universities, described the late vice-chancellor as a hardworking academic, who gave his best to the service of humanity.

Prof. Suleiman Bogoro, Executive Secretary, Tertiary Education Trust Fund, said he was saddened at the death of the ’eminent academic who served his country with an uncommon commitment’.

He prayed God to grant all those Ibidapo-Obe left behind the fortitude to bear the loss.

Ibidapo-Obe would be laid to rest on Monday (Feb. 15).