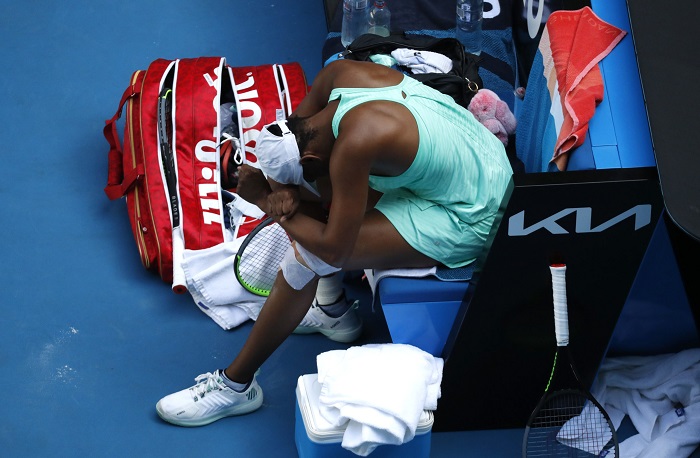 Venus Williams refused to give up after suffering an injury against Italian Sara Errani and fought through pain before bowing out of the Australian Open second round on Wednesday.

She started the match with a taped left knee and twisted her right ankle trying to play an approach shot while trailing 1-5 in the opening set.

Williams shrieked in pain before hobbling to her chair to receive medical attention and a retirement looked imminent by the American.

But, after receiving heavy strapping on her ankle and extra taping on the knee, she returned to court amid wide applause from those present at the John Cain Arena.

Williams did not win another game with her movement severely hampered during the rest of the match as she hobbled between points with pain reflecting prominently on her face.

She left the court to another round of applause as qualifier Errani advanced to the third round.