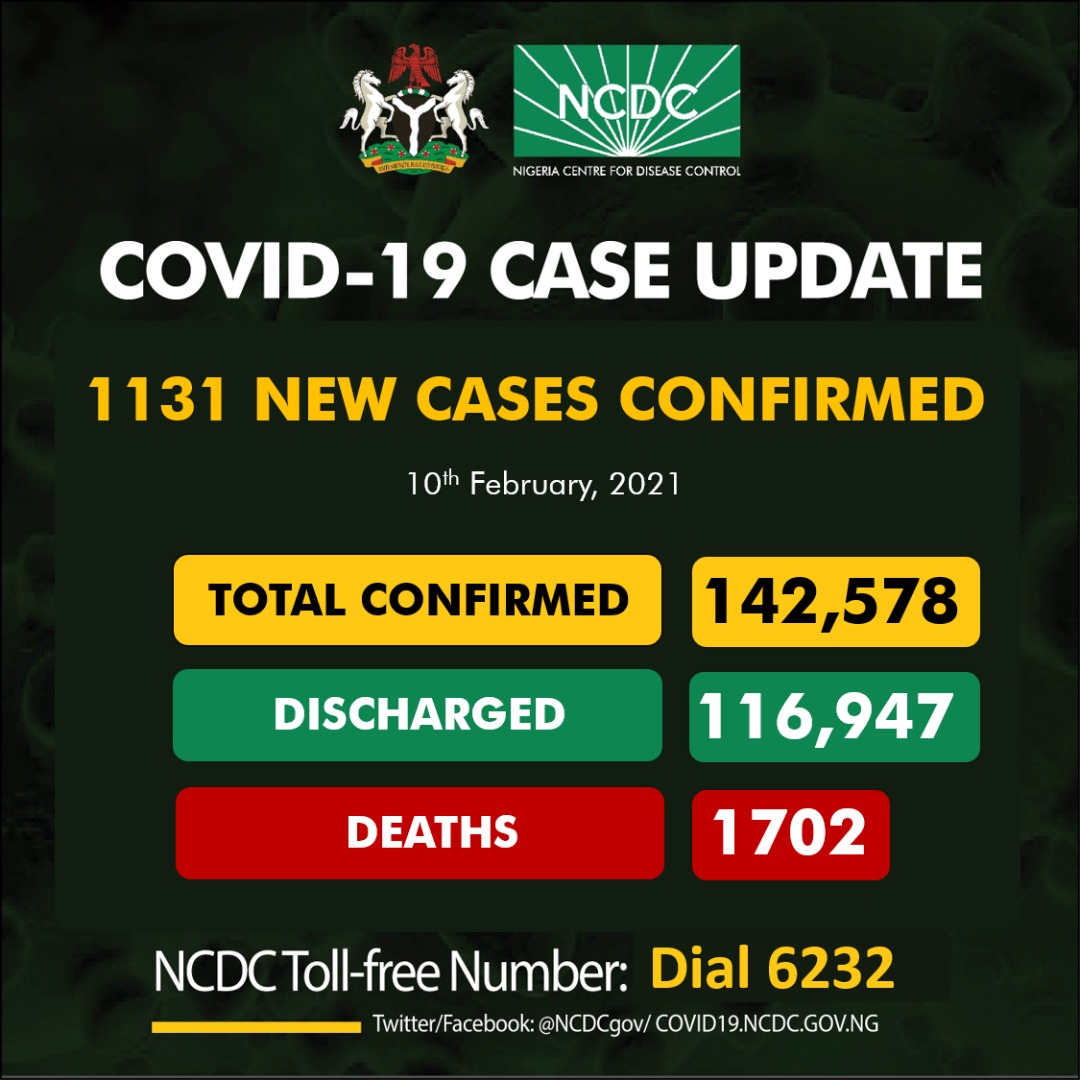 The Nigeria Centre for Disease Control (NCDC) has announced 1,131 new cases of coronavirus (COVID-19), bringing the total number of infected people in the country to 142,578.

The NCDC disclosed this on its official Twitter handle on Wednesday.

The health agency said that in the last 24 hours 1,131 people tested positive in 21 states and the Federal Capital Territory (FCT).

The NCDC stated that the registered infections showed that Lagos State recorded the highest number with 297 new infections, taking the total number of cases in the nation’s commercial hub to 52,282.

It said the FCT came second with 194 new infections, upping the cumulative cases in the nation’s capital to 18,168.

The NCDC, however, said that more than 1,192 people had been successfully treated and discharged on Wednesday, raising the total number of recoveries in the country to 116,947 in the last 24 hours.

It was reported that in Week Five the number of new confirmed cases decreased to 8,506 from 9,676 reported in Week Four in 35 states and the FCT.

In Week Five, the country’s number of discharged cases increased to 8,536 from 7,761 in Week Four, reported in 32 states and the FCT.

The number of reported deaths in the last one week in 15 states and FCT was 81 and the cumulative deaths since the outbreak in February 2020 were 1,667 deaths, with a Case Fatality Rate (CFR) of 1.2 per cent.

Also in Week Five, the number of in-bound international travellers at Nigerian airports was 14,507, compared with 15,156 in Week Four.

In Week Five, the number of international travellers, who tested positive to the virus, was 155 compared with 471 in Week Four.