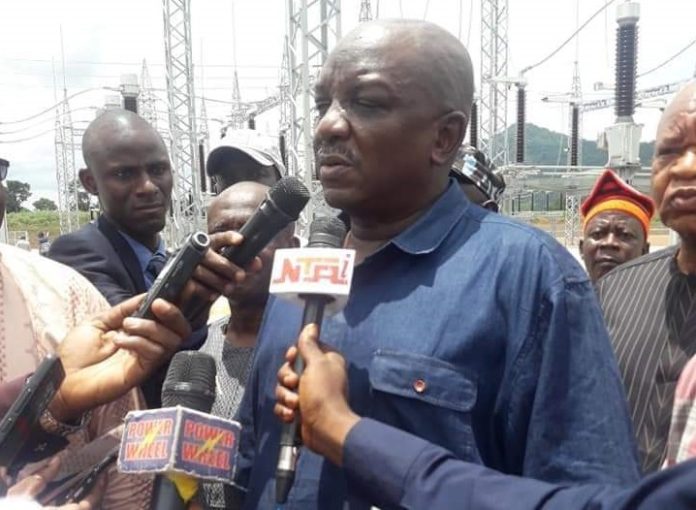 Mr Aaron Artimas, the Special Adviser, Media and Communications to the minister, disclosed this on Tuesday in a statement in Abuja.

Artimas quoted the minister as saying this when he received the Guild of Actors and Film Producers, otherwise known as, Kannywood in his office.

“Worried by the incessant complaints by ordinary Nigerians over the unavoidable and periodic increase in the cost of electricity, the Federal Government has been subsidising electricity supply in the country to the tune of over N50 billion.

“The funds are provided to augment the shortfall by the Distribution Companies (DiSCos) who have failed to defray the cost of bulk electricity supplied to them by the Generating Companies.

“However, following a minor increase in the tariff regime, the subsidy has now decreased by half, but still constitutes a serious drain on the nation’s economy,” he said.

Mamman expressed serious concern over the failure by the DiSCos to stabilise their operations to meet their financial obligations to other players in the sector.

He said it was in response to this unfortunate development that the federal government had been forced to partly subsidise the sector so as not to price the cost of electricity out of the reach of the common man.

The minister explained that as part of the measures to assist ordinary Nigerians over their frustration in receiving adequate electricity supply, the federal government was forced to categorise electricity supply into various bands between highbrow areas and low income earners.

He said that the categorisation of the supply was to enable everyone to cope with the cost of electricity.

“Nigerians must understand that these companies were privatised long before the advent of this administration but the government has no alternative than to continue managing the sector before a final solution is secured.

“Through the Presidential Power Initiative and other intervention measures, the government is diligently working to massively resolve all these inherited problems that have continuously frustrated the success of the sector,” he said.

Mamman said that most of the DisCos were sold off and managed as family businesses which had made them difficult to be professionally managed.

The minister regretted that while some of these problems persisted, remarkable performance and progress had been achieved by the federal government, as the supply of electricity had stabilised at over 5,000 megawatts.

He emphasised that Nigerians now enjoy stable power supply from 15 to 24 hours daily.

The minister, however, blamed the shortfall or interruptions on supply to some quarters on faulty equipment and supply lines and called on consumers to report such developments to their distribution offices.

He noted that it was the responsibility of the DisCos to replace faulty transformers, electricity poles and cables whenever they occur.

The minister warned the DisCos to stop tasking ordinary Nigerians with these responsibilities before they could restore power interruptions.

While commending Nigerians on their efforts to pay for electricity in spite of the present economic and social problems facing them, he advised them to minimise their usage of electricity by switching off their appliances when they were not at home.

On metering, Mamman explained that although it was the responsibility of the DisCos to provide the meters, the federal government has stepped-in because of the public outcry over estimated billings.

He said the federal government was committed to supply over six million meters free of charge to Nigerians.

According to him, about one million meters have already been delivered for distribution while the rest is being awaited.

He called on the DisCos to expedite the distribution of meters free of charge to their consumers as a way of lessening their problems.

Earlier, the Head of the Kannywood Producers and Actors, Mr Mandawari Ibrahim, said they had decided to avail their services to the ministry of power so as to adequately enlighten Nigerians on the achievements of the Buhari administration in the power sector.

He said that Kannywood had vested interest in the success of the Buhari administration because they also played a major part in canvassing his election.

Mandawari noted that in spite of the huge progress made by this administration, many Nigerians have remained grossly uninformed.

“Before Buhari came to power, many local government areas especially in the North-East were fully occupied while there were bombings in Abuja, Kano, Kaduna and other cities.

“But these major security challenges have been effectively tackled and the areas liberated, but Nigerians seem to have forgotten,” he said.

“In addition, the Federal Government has been providing reliefs, palliatives and social investments to ordinary Nigerians.

“As well as providing huge financial support and assistance to the state governments to meet up with their financial obligations in salary payments and infrastructures to their citizens”.

Mandawari said that Nigerians could only appreciate these efforts if they were well informed, hence the decision by kannywood to step in by way of films, jingles, songs and billboards on the achievements of the federal government.

He said that as stakeholders, Kannywood would go to every length to ensure that Nigerians were fully informed about the Buhari revolutionary strides in Nigeria so as to protect his legacies.