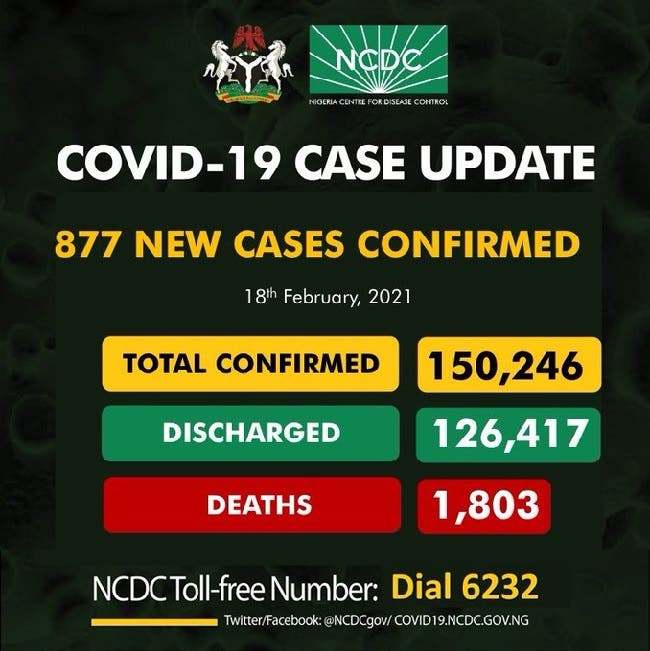 The Nigeria Centre for Disease Control (NCDC) has reported 877 new cases of the Coronavirus (COVID-19), bringing the total number of infections in the country to 150,246.

The NCDC disclosed this on its official Twitter handle late Thursday.

It also registered additional 16 COVID-19 deaths, raising the total fatality in the country to 1,803 in the past 24 hours.

It said that the 877 new infections were reported from 26 states and the Federal Capital Territory (FCT).

The agency reported that Lagos state recorded the highest number of the day followed by Kaduna state.

According to the agency, 126,417 people have been released from various isolation centres across the country since the onset of the pandemic.

The Nigeria’s public health institute said that there were now over 22 thousand active cases across the country in the last 24 hours.

It was reported that the country has tested 1,441,013 people since the first confirmed case relating to the COVID-19 pandemic was announced on Feb. 27, 2020.