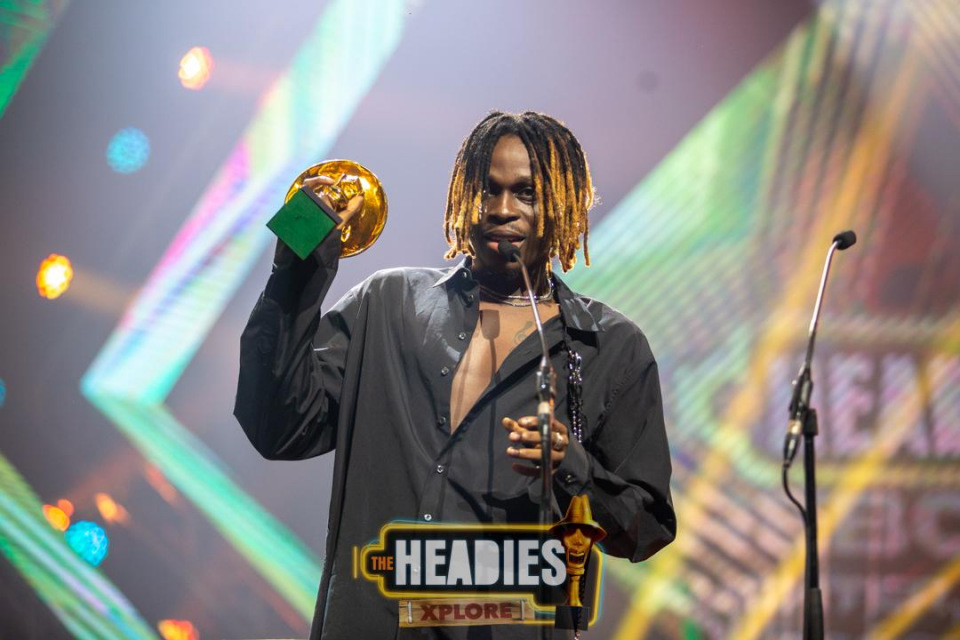 Nigerian artistes, Adedamola Adefolahan popularly known as ”Fireboy DML” set a record of being nominated in nine categories at the 14th Headies Awards in Lagos.

The Headies, is a musical award show which recognises outstanding achievements by Nigerian artistes in the Nigerian music industry.

It was reported that Fireboy DML who was nominated in nine categories went home with five awards, the highest feat achieved after Wande Coal in 2010.

Similarly, Ayodeji Balogun (Wizkid) won the awards for the Viewers’ Choice Award with the song ”Joro” and also the Artiste of the year thereby officially becoming the artiste with the most Headies Awards.

He now has 11 awards, after him is Mode 9 with 9 awards and Innocent Idibia (Tuface) follows with eight plaques.

Wizkid, have always been on the nomination list of the Headies Awards in various categories since he announced his presence at the awards in 2010 also won two awards.

Patrick Imohiosen, known as ”DJ Neptune” also won two awards with his song ‘Nobody’. Best Pop Single and Song of the Year where he featured Joeboy and Mr Eazi.

The Next Rated Award, the most coveted category was won by Stanley Omah Didia popularly known as ”Omah Lay” who would be presented with a car.

Highlife legend, King Sunny Ade was inducted into the Headies Hall of Fame while Timaya and Eedris Abdulkareem received special recognition awards for their impact on the music industry.

Other winners at the show were; Brymo who won the Best Recording of the year with Ozymandias and Director K won Best Music Video with 1Milli by Davido.

Producer of the Year was won by Pheelz with Billionaire by Teni; Niniola won Best Female Vocal Performance with Addicted while Praiz won in the male category with ‘Under the Sky’.

Ladipoe won the award for Best Collabo with ‘Know You’ where he featured Simi; Morlogo won Best Alternate Song with ”I Wonder” and The Best Rap Single was won by Falz with ”Bop Daddy”.

Best Alternate Album was won by Cavemen with ”Roots”, Songwriter of the Year was Simisola Ogunleye with ”Duduke” and Lyricist on the Roll was IllBliss.

It was reported that Davido and Wurld also had seven nominations each at the Headies Awards while Burna boy had six.

Tina Turner opens up about private life in Berlinale documentary