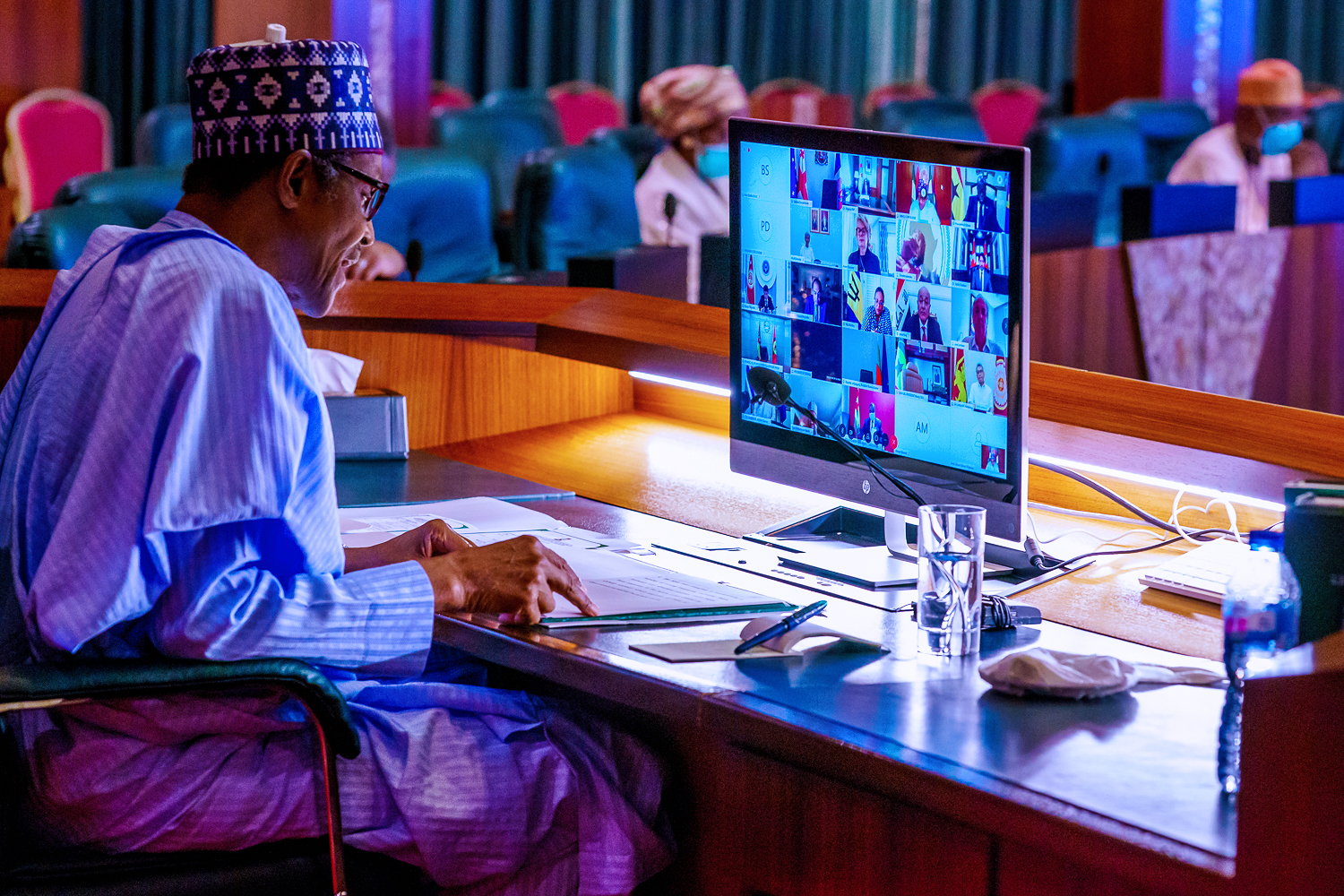 President Muhammadu Buhari is currently presiding over the meeting of the Federal Executive Council (FEC), at the Council Chamber of the State House, Abuja.

It was reported that a minute silence in honour of former Kwara State Military Administrator retired Brig.- Gen. Ahmed Aboki Abdallah, who died recently, was observed by the cabinet members.

The Secretary to the Government of the Federation, Boss Mustapha, called on the cabinet members to stand in honour of the departed, who was a former Minister of Communications.

Late Abdallah served as Minister of Communications and later Minister of Social Development, Youth and Sports during the military regime, when President Buhari was the Head of State.

He later became the Military Administrator of Kwara State from 1987-1988.

Our reporter observed that the Council meeting is being physically attended by Vice President Yemi Osinbajo, Secretary to the Government of the Federation, Boss Mustapha and Chief of Staff to the President, Prof. Ibrahim Gambari.

The Head of Service of the Federation, Dr Folasade Yemi-Esan and other Ministers are participating in the weekly cabinet meeting from their various offices in Abuja online.