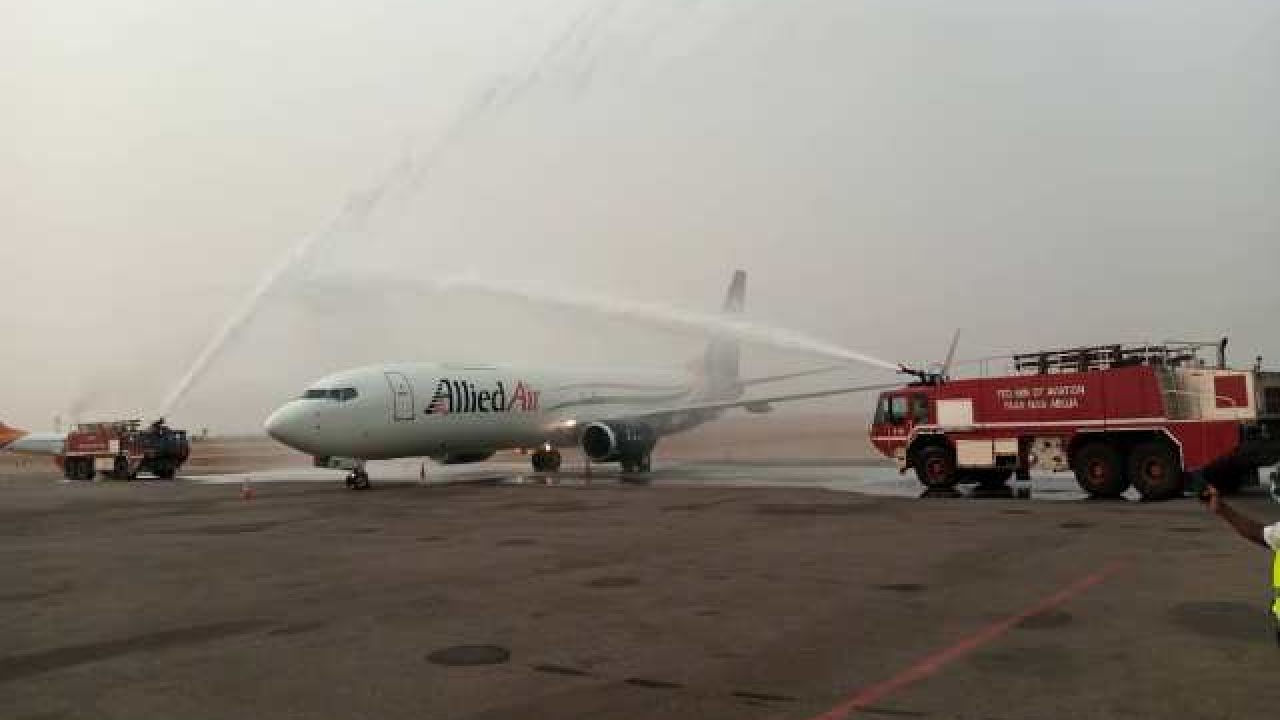 The Minister of Aviation, Sen. Hadi Sirika, on Thursday received a new aircraft brought by Allied Air at the Nnamdi Azikiwe International Airport, Abuja for the distribution of COVID-19 vaccines across the country.

The modern aircraft B737-800SF was acquired by Allied Air, a Lagos-based and the only International Air Transport Association (IATA) designated cargo airline in Africa.

The new acquisition puts the airline atop other cargo operators in the continent. The airline is also the first cargo airline in Africa to attain the IOSA certificate and has continued to renew it since 2016.

Sirika said that the aircraft, fitted for supply of medicals, would be dedicated to cargo and the distribution of COVID-19 vaccines across the country.

He said that before the arrival of the expected vaccines into the country, the cargo shade would have been ready and the aircraft also for distribution.

The minister, therefore, called on other operators to invest in the aviation industry to double its contribution to Gross Domestic Product (GDP) to five per cent or N450bn per annual.

“Africa’s only IATA designated cargo airline, has taken delivery of B737-800 Aircraft worth about N8 billion for cargo operations.

“The cargo aircraft will be deployed to COVID-19 vaccines distribution across Nigeria as one of its first mission. It is fitted to deliver medical supplies safely.

“The deal was financed through the Central Bank of Nigeria (CBN) intervention fund but structured and delivered by the Access Bank Plc.,” he added.

The Chief Executive Officer of Allied Air, Capt. Val Tongo, affirmed that the aircraft would be deployed for COVID-19 vaccine distribution.

Speaking, the CBN Governor Mr Goodwin Emefiele, maintained that the aircraft was funded through the intervention fund of the CBN but through Access Bank.

He noted that Sirika had also commissioned another Aircraft for Air Peace three weeks ago.

“What does that mean, with the hard work, the “Nigerian Aviation Sector“ is opening up more and more and investments are coming in.”

“CBN and the Nigerian banks are ready to support other investors to invest in the aviation sector, he added.