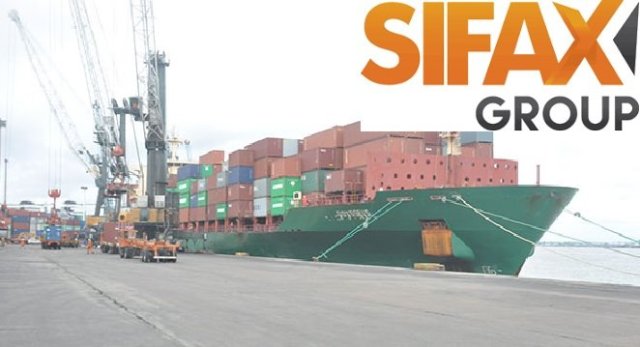 Olugbade in a statement in Lagos said that the cargo capacity was in spite of the prevailing traffic congestion around the Lagos ports with its attendant consequences for businesses.

A TEU or Twenty-foot Equivalent Unit is an exact unit used to measure cargo capacity for container ships and container terminals.

He added that this, however, represented a slight drop in performance compared with 2019 when the off docks grossed 50,452 TEUs.

Recall that SIFAX Offdock operations comprise terminals at Trinity, Mid-Maritime, Okota 1 & 2, all based in Lagos.

Olugbade added that in order to grow the terminals profitability in 2021, various strategies had been put in place by the terminals to consolidate their prime positions.

He said: “In order to mitigate the effect of the road construction on SIFAX Mid-Maritime, we have begun dredging the waterside of the terminal and erecting exit security gate in preparation for berthing of barges at the terminal.

“In addition, the offdocks at Okota, Lagos are also receiving boxes at the terminals through transfer by barges. Parts of the terminal floor have been renovated and strengthened to cope with more volumes.

“There have been several market drives with several shipping lines to take advantage of the new initiative and proximity to the major express road; and to also use as holding bays for their empties in line NPA call-up system regime.

He said that in the interim, the consignments stemmed for the Trinity terminal were transferred to Ijora Container and Okota bonded terminals for a seamless and efficient cargo clearing process.

Olugbade also said that the necessary facilities had been provided at the two terminals to cope with the expected surge in business.