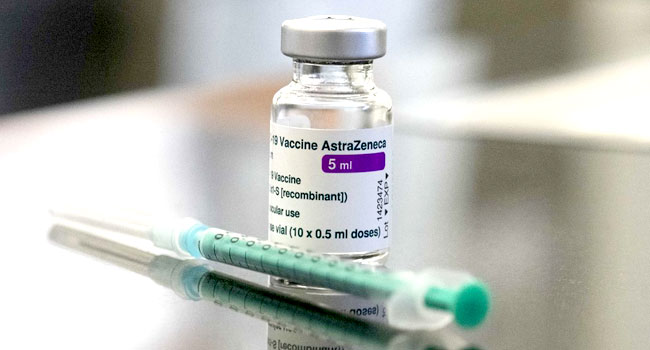 Nigeria will commence the vaccination against COVID-19 on Friday, the Federal Government said two days after it received the first batch of the Oxford-AstraZeneca vaccines. The Executive Director of the National Primary Health Care Development Agency (NPHCDA), Dr Faisal Shuaib, announced this on Thursday at a presidential briefing held at the State House in Abuja, the nation’s capital.

He revealed that the government would kick-off the exercise at the National Hospital in Abuja where the frontline health workers there would be the first set of people to be vaccinated. Shuaib also hinted that the President, Muhammadu Buhari, and the Vice President, Professor Yemi Osinbajo, would also take their vaccine shots a day after the health workers were administered the vaccines.

Although he noted that the actual time for the inoculation of the two leaders would be communicated soon, he disclosed that members of the Federal Executive Council would be vaccinated on Monday.

They include the Secretary to the Government of the Federation (SGF), Mr Boss Mustapha, and ministers among others. According to the NPHCDA boss, an improved percentage of 50 per cent of Nigerians have indicated willingness to be vaccinated while 25 per cent remain hesitant.

He insisted that the vaccines would not be deployed to any state that has not fulfilled its preparedness criteria. On Tuesday, Nigeria received its first shipment of 3,924,000 doses of the vaccines from COVAX, a World Health Organisation (WHO)-backed initiative set up to procure and ensure equitable distribution of vaccines for free among countries across the world.

The vaccines arrived at the Nnamdi Azikiwe International Airport in Abuja at about noon via an Emirates airplane from India. Ahead of the distribution, the government had said the vaccines would be administered in the order of priority, with the frontline health workers on the top of the list.

The Minister of State for Health, Dr Olorunnimbe Mamora, who was a guest on Channels Television’s Sunrise Daily on Monday, had hinted that the government would also consider the elderly and the strategic leaders in the country – such as the President and other key public office holders.

In his remarks, Ehanire revealed that the government planned to provide 10-bed Intensive Care Unit (ICU) in every state of the Federation, as part of strategies to provide critical response to the COVID-19 pandemic. He, however, gave an assurance that the focus on COVID-19 prevention and treatment would not wipe out the maintenance of normal routine vaccination.

The minister hinted that the Federal Ministry of Health intended to develop as a matter of urgency Nigeria’s emergency medical service to respond to persons with medical distress. He stressed the need to continue with the public health measures, adding that there was no specific treatment for COVID-19 but trials to improve therapeutics.

Dr Ehanire speaks during a presidential briefing at the State House in Abuja on March 4, 2021. On her part, Adeyeye announced that the agency would soon commence a ‘track and trace’ exercise to mitigate and potentially halt the infiltration of falsified and sub-standard COVID-19 vaccines already detected in the global supply chain.

She revealed that an indigenous software was being employed to check the authenticity of received products, saying NAFDAC was collaborating with the Ministry of Health NCDC to ensure safe monitoring of medicines in the market.

Ihekweazu, in his briefing, stated that Thursday made it exactly a year and five days since COVID-19 was identified in the country. He said Nigeria has since maintained a robust response to the pandemic and called for the sustenance of critical investment to the health sector to consolidate on the gains achieved in the last one year.