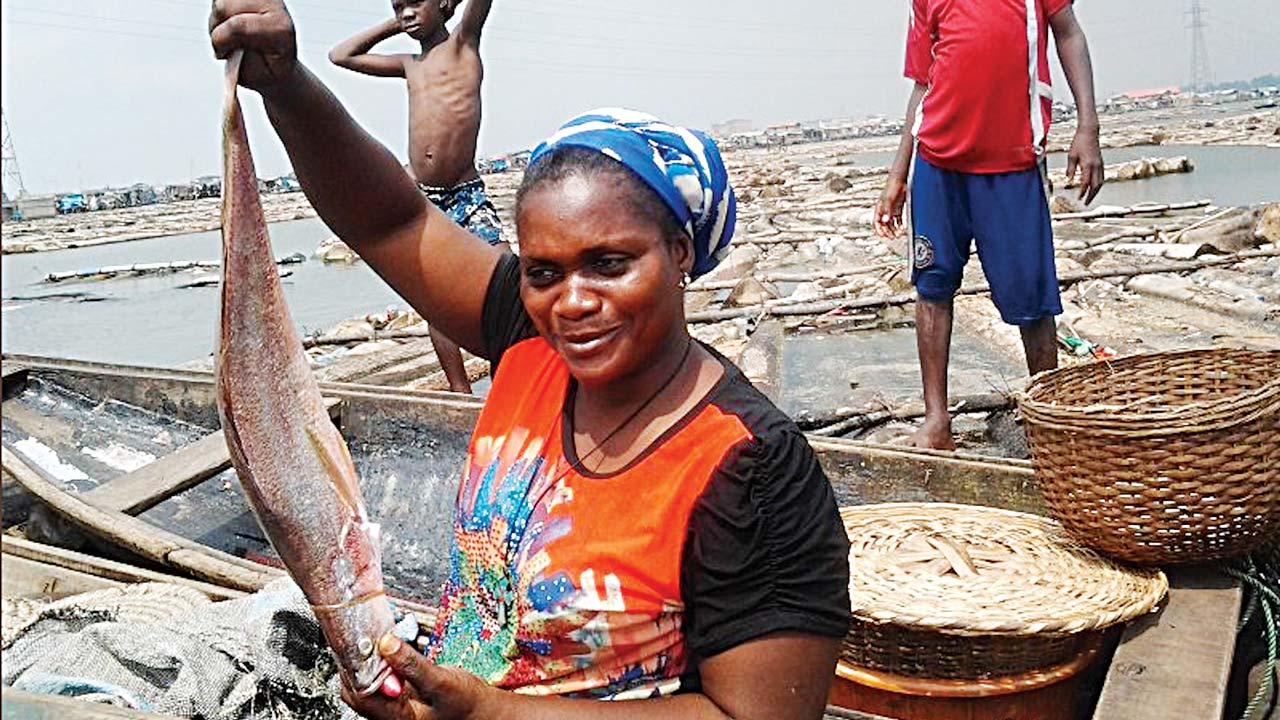 The Lagos State Commissioner for Agriculture, Ms Abisola Olusanya, on Sunday said the government has begun empowerment and capacity building of artisanal fisheries value intervention for fishing communities in the state.

Olusanya made the disclosure during an artisanal fisheries value intervention programme in Lagos.

According to her, the intervention arises from the concern that fish landings by fishermen have not been maximised due to the high cost of fishing inputs and undesirable fishing practices.

Olusanya said that the undesirable practices had resulted in low catches for the fishermen’s efforts, adding that it translates to reduced income and a rural-urban drift by younger fishermen seeking greener pastures.

She said that the state government had been empowering fishermen in the state with outboard engines, provision of boats and nets among others to reduce the shuttle time during fishing activities.

“Government is supporting their fishing operations in order to reverse this trend.

“The artisanal fisheries sub-sector of the state’s fish supply chain presently contributes 80 per cent of local fish production which accounts for 40 per cent of state’s total fish demand.

“It also provides a major source of livelihood for fishermen in the state.

“However, fish landings by artisanal fisheries have not been maximised due to the high cost of fishing inputs, obnoxious fishing practices and pollution of the aquatic ecosystem which results in low fish catches.

“It has consequently reduced income for the fishing populace which is responsible for the rural-urban drift by some of the younger generation of fishing families in search of greener pastures,” she said.

Olusanya said that the ministry was empowering the fishermen to reverse the trend and reduce the shuttle time to and fro.

“In order to reverse this trend, the ministry is implementing activities such as empowerment of artisanal fishermen with outboard engines to reduce the shuttle time to and fro fishing grounds.

“This is in addition to the provision of boats and nets to support their fishing operations.

“We are also sensitising and building their capacity on obnoxious fishing practices, utilisation and maintenance of the newly introduced 4-stroke outboard engines.

“We are collaborating with financial institutions for alternative sources of finance,” she said.

The agriculture commissioner said that the artisanal fisheries value intervention would help provide access to cheap sources of finance for the acquisition of fishing inputs for fishermen.

She said it would make fishing attractive and seamless to the youth to enable them replace the ageing fishermen population.

According to her, the intervention will also improve fish landing per unit effort, increase income and enhance standard of living in artisanal fishing communities.

It will also provide opportunities for fishermen to have access to banking services, she said.

She said that the intervention would benefit at various fishing communities across the state while creating jobs and reducing the increasing rural-urban drift.

Olusanya disclosed that the state had comparative advantage in fishing and related activities which form the predominant occupation of the people living along the coastal inland water areas.

She added that the government would do all in its power to develop the fisheries sector in order to maximise their productivity.

“Lagos is a maritime state with 22 per cent of its total land area as water.

“This is made up of a vast network of lagoon, rivers, swamps and other water bodies that are amenable for fish production and a 180km Atlantic Ocean coastline,” she said.