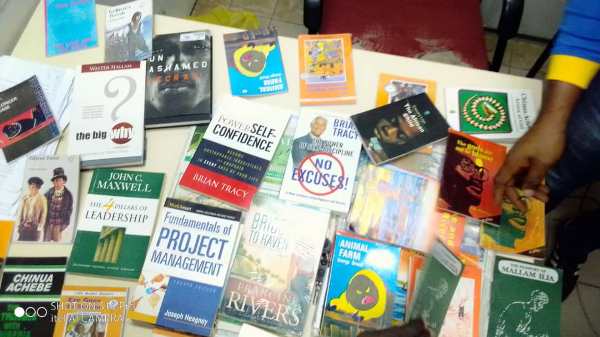 This is contained in a statement by Vincent Oyefeso, the Director of Public Affairs of the Commission on Tuesday in Abuja.

He said the exercise in Abuja, signalled the commencement of a line up of enforcement interventions in the country on a sustainable basis.

Oyefeso also said that the enforcement operation was a follow-up to the recent collaboration between the Commission and the Abuja Environmental Protection Board (AEPB), carried out by a team of Copyright Inspectors and officers of Nigeria Police.

He said that the enforcement drive would be sustained until street trading in copyright works were stamped out.

Oyefeso also stated that in an anti-piracy operation in Abuja recently, the Commission arrested three suspects engaged in street hawking of copyright-protected works at the Eagle square.

Those arrested were Abubakar Abdullahi, Emmanuel Onyebuchi and Odushola Arowolo.

He added that suspected pirated works estimated at N250, 000 were also impounded.

“Infringing items seized during the operation included copies of various titles of foreign and local authors suspected to be pirated.

“One of the street vendors who specialised in unauthorised downloading of musical works and movies into memory sticks and mobile phones was also arrested while attending to some customers and his contrivances were confiscated,” he added.

He added that the suspects who were interrogated at the Commission’s Headquarters were granted administrative bail while investigation continues.

Oyefeso said that the Commission has reiterated its commitment to rid the streets of pirated books and other copyright-protected works starting with the FCT.