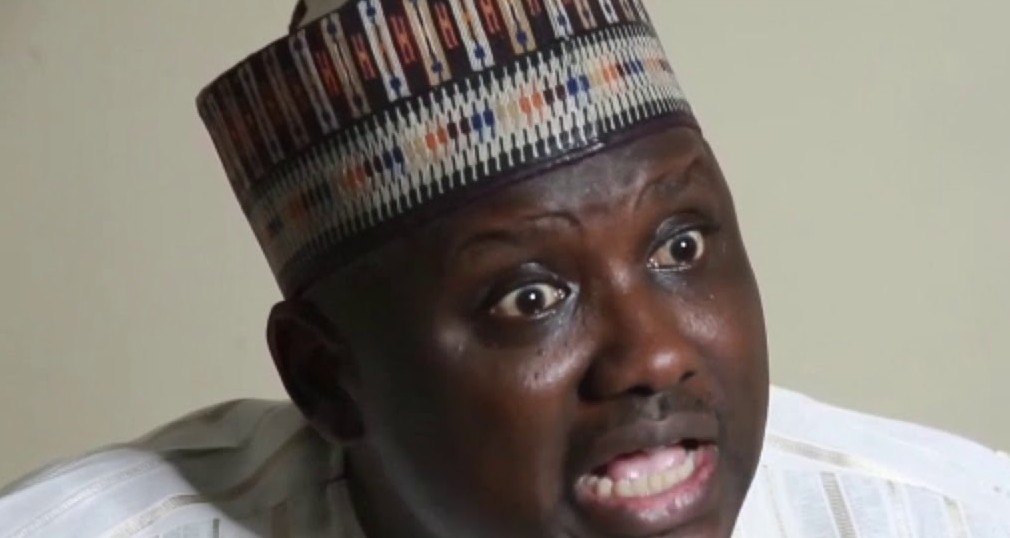 The Federal High Court, Abuja, on Thursday, fixed March 17 and 18 to hear evidence of witnesses in a subpoena in the ongoing trial of Abdulrasheed Maina, Chairman, defunct Pension Reformed Task Team (PRTT).

Based on the date in the subpoena issued, the witnesses were expected to testify between March 9 and March 11.

Earlier while Emoakemeh, a retired Superintendent of Prison Officer, was giving his testimony, Falana, came into the courtroom accompanied by Omoyele Sowore, Convener, #RevokutionNow, and a group of boys.

After sitting for about 30 minutes at the back seat, Falana, who was not in lawyer’s attire, walked to the front seats and announced his presence in court.

“Oh, Mr Falana, so you are in court,” Justice Abang said.

“My lord, I have been in court for about 30 minutes now.

“I read in the newspapers that I was summoned to testify in the ongoing case.

“I have not been served with a copy of the subpoena but I came out of respect for the court,” Falana replied.

The judge, who explained that though he signed the subpoena brought by Maina, he would not have endorsed the application giving such a short notice to him (Falana); Mr Godwin Emefiele, the Governor, Central Bank of Nigeria (CBN), among others.

“I signed it based on the Court of Appeal’s decision that compel me to sign it in the matter of Olisa Metuh Vs. Federal Republic of Nigeria,” he said.

Justice Abang then directed his registrar to take the senior lawyer to the registry where he could get the original copy of the subpoena.

It was reported that while giving his evidence-in-chief, Ngozika Ihuoma, the first defence witness, had alleged that Falana acquired a recovered property from the Economic and Financial Crimes Commission (EFCC) even while the property was still subject of litigation.

Ihuoma, who accused the EFCC of mismanaging 222 choice property valued at N1.63 trillion that was handed over to it by PRTT, alleged that “one of the property in question located at No 42, Gana Street, Maitama, was sold to Mr Femi Falana, SAN, which was grossly under valued from N6 billion in 2011 and sold to him in 2015 at N1 billion.”

The judge had, on Wednesday, said that the request by Maina, seeking the court’s order to compel some persons to testify in his ongoing trial was done in haste.

Maina, through his lawyer, had, on March 8, applied that the court subpoenaed some persons to testify in his ongoing trial by the EFCC on how he managed the PRTT which he chaired.

The application titled: “Subpoena Ad Testificandum” reads: “You are commanded in the name of the President and Commander in Chief of the Armed Forces of the Federal Pepublic of Nigeria to attend before this court at court 6, on 9th, 10th, 11th day of March 2021 at 9 o’clock in the forenoon, and so from day to day till the above case is tried, to give evidence on behalf of the 1st defendant.”

The subpoenas, signed by Justice Abang, were addressed to Mr Abubakar Malami, the Attorney-General of the Federation (AGF) and Minister of Justice; Ibrahim Magu, former acting Chairman of EFCC; Godwin Emefile, Governor of CBN; Mr Falana and M. Mustapha of Zenith Bank Abuja.

Others who were subpoenaed include Hassan Salihu of ICPC; G.T. Idriss also from ICPC; Mohammed Wakil, retired Commissioner of Police and Chief Kenneth Amabem.

It was reported that Maina and his company, Common Input Property and Investment Limited as 1st and 2nd defendants respectively, are being prosecuted by the EFCC on charges bordering on money laundering to the tune of N2.1 billion.