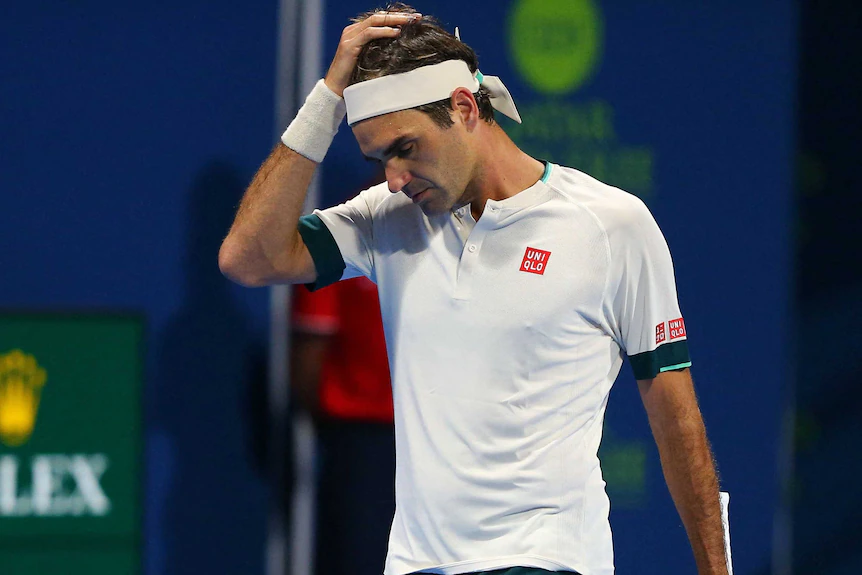 Roger Federer spurned a match-point to lose in the quarter-finals of the ATP Qatar Open on Thursday.

The loss meant his comeback from a 14-month injury absence ended with Georgia’s Nikoloz Basilashvili winning 3-6, 6-1, 7-5.

Federer impressed in the first set but then struggled to move as freely on his return from a spell out which included two knee surgeries.

But the 20-time grand slam champion still had the chance to progress when he earned a break-point in the decisive set while leading 5-4.

But Basilashvili survived, and he immediately took the crucial break himself to convert his third match-point.

Federer had beaten Briton Dan Evans over three sets in his opening match on Wednesday.

“I’m happy I [am] back on the Tour. I’m pleased I came here to Doha. So, it’s really, really a positive return for me. I’m really happy.”

Also in Doha, Russia’s Andrey Rublev became the first tennis player to get two walk-over victories in a row and could lift the trophy by winning just two matches.

On Thursday also, he did not have to play his quarter-final because Hungary’s Marton Fucsovics was not fit to play.

“For the first time in ATP Tour history (since 1990), a player has received walk-overs in back-to-back rounds,” the ATP tweeted.

The world number eight has raked in 52,595 dollars without playing a single point.

He is now set to play his first game at the event in the semi-finals on Friday against top seed Roberto Bautista Agut —- provided he stays fit.

Rublev has however not been fully inactive in Qatar as he reached the doubles final Thursday together with Australian Open semi-finalist Aslan Karatsev.

Mourinho expects Kane to be fit to face Arsenal on Sunday