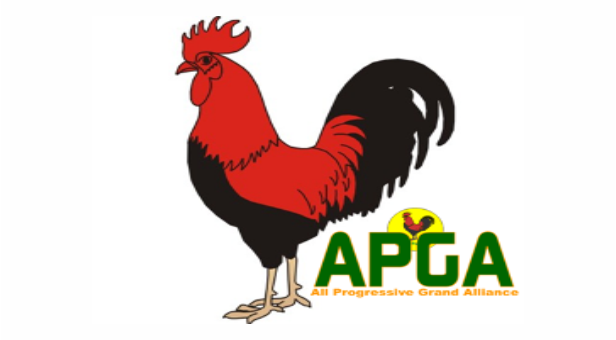 The All Progressives Grand Alliance (APGA) will kick-start its 2021 governorship campaign at the uncompleted Anambra Cargo Airport, Umueri, Anambra.

Chief Benjamin Obi, Director-General to Gov. Willie Obiano on Inter-party and Political Matters, disclosed this in an interview with our reporter on Sunday in Awka.

Obi, popularly known as “Igwe APGA”, said that the state government would complete the airport before the end of April.

It was reported that Obiano began the construction of the airport in 2017 shortly after his inauguration for second term in office.

Obi, who said that he would head the party’s 2021 governorship campaign, added that the project would further convince the people of the state that APGA meant well for them.

He said that the governor had done the party proud in the state, given the numerous achievements recorded in the past seven years.

Obi described as empty the threat by opposition political parties that the 16-year governorship reign of APGA in the state would end this year.

“Most political parties opposing APGA ahead of the Nov. 6 governorship election will crash after their primaries.

“Some of the parties have many billionaires as aspirants and when some of them are not favoured at the primaries, they will head to court, while APGA will perfect its plans and win the final election,” he said.

On the threat by Mrs Bianca Ojukwu, widow of the late Chief Chukwuemeka Odumegwu Ojukwu, that APGA should stop using the portrait of her husband, Obi said that neither she nor the Ojukwu family had the right to stop the party from doing so.

“Chukwuemeka Ojukwu was an institution and not owned by the family, Nnewi or Anambra alone,” he stated.

Obi said that the calibre of aspirants eying the governorship election, such as Prof. Charles Soludo and Akachukwu Nwamkpo, had already constituted a huge threat to the opposition because of their intimidating profiles.