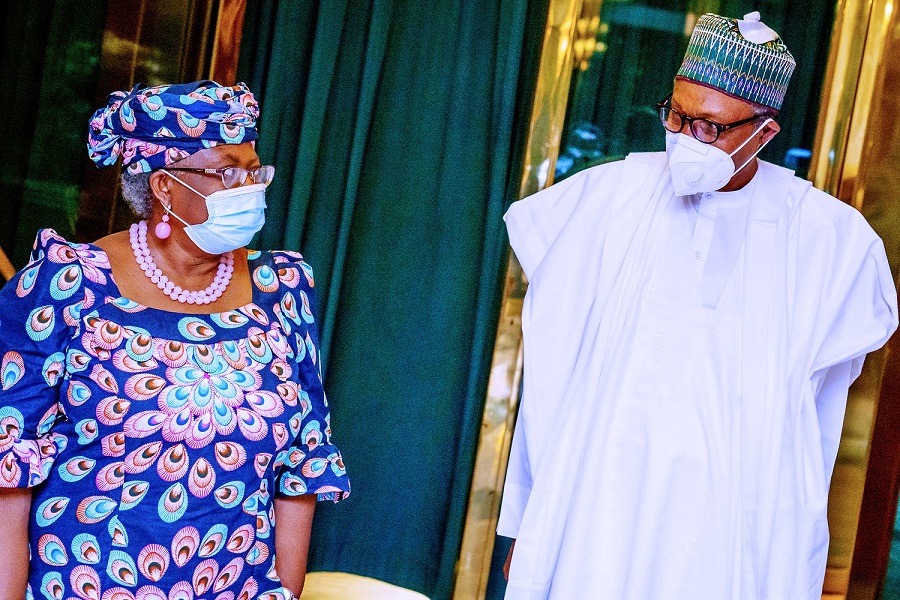 It was reported that the visiting WTO boss had earlier met with the Ministers of Finance, Dr Zainab Ahmed, and that of Foreign Affairs, Geofrey Onyeama.

Okonjo-Iweala is expected to address the media after the meeting with the president.