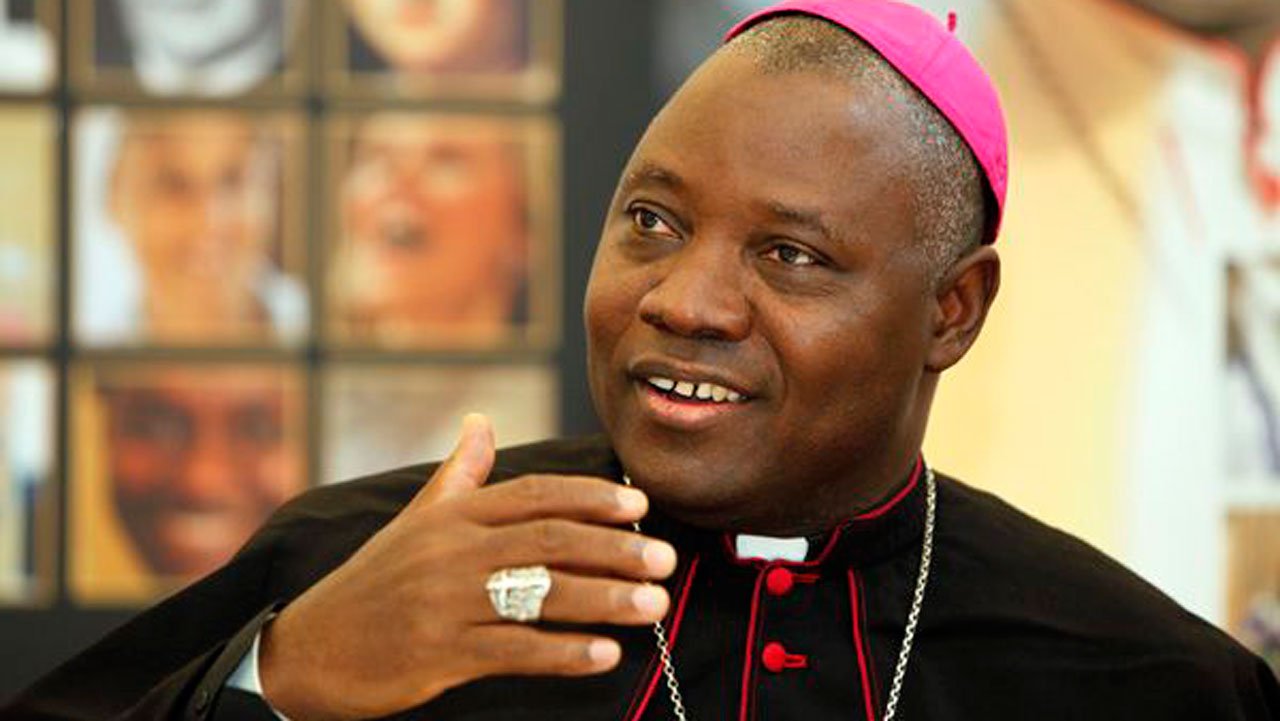 The Archbishop of Abuja, Most Rev Ignatius Kaigama, on Sunday charged Nigerians to desist from all forms of evil to enjoy God’s enormous blessings.

Kaigama, who gave the charge during his homily, at St Fabian’s parish Efab- Jabi, in Abuja, stressed that; “Unless ‘we raise our eyes in faith to our Lord God, as the eyes of servants look to the hand of their master, we risk being captured by very dark forces.

“We must admit that we have all sinned and fallen short of the glory of God and the ideals of genuine patriotism to build a nation of our dreams.”

He, however, noted that Nigerians in the journey of life had been badly bitten.

‘“We have been wounded by our human passions and inclinations, battered by our concupiscence and propensity to become inhuman to one another on account of religion, ethnicity and politics.

“We must ask the question, why are things not working well despite the enormous blessings of God on Nigeria?”

“Until we desist from greed, injustice, discrimination, myopic view of religion, parochial ethnic interests, instead of the common good, political insensitivity, and the tendency to surreptitiously corner our common patrimony for the benefit of a few, we will continue dancing dangerously on the precipice.

“When we fail to be obedient to God and His commandments, we experience pain, sadness and lack of spiritual progress.

According to Kaigama, in spite of our sins, St. Paul reminds us that God still loves us and remains generous with His mercy: when we were dead through our sins, He brought us to life with Christ. (Eph 2:4-5).

“Sin makes us slaves and wounds us grievously. But in the cross of Jesus we have the antidote which removes the poison of sin from our hearts,” he added.

The Archbishop noted that the central point of the Gospel today was that God so loved the world that He sent His only Son to die for mankind.

He further explained that the Gospel began with the story of the ancient serpent that was erected by Moses in the desert, after Israel’s sin of rebellion against God.

“That was not the first time humanity would be bitten by the old serpent; the first was in the Garden of Eden; a bite that changed humanity’s attitude of reverence and love of God into disobedience and self-centredness.

“God, however, gave us a remedy through the cross of Jesus Christ, and all who raise their heads with faith and look at Him are destined to receive healing and salvation.

“That is why St. John tells us; ‘For God so loved the world that he gave his only begotten Son that whoever believes in Him may not perish but have eternal life” (Jn. 3:16),

“In the midst of the “snake bites” of hunger, poverty, terrorism, banditry, kidnapping, etc., leaving us almost helpless, we must like the Psalmist say, “I look up to the heavens, where shall my help come from?