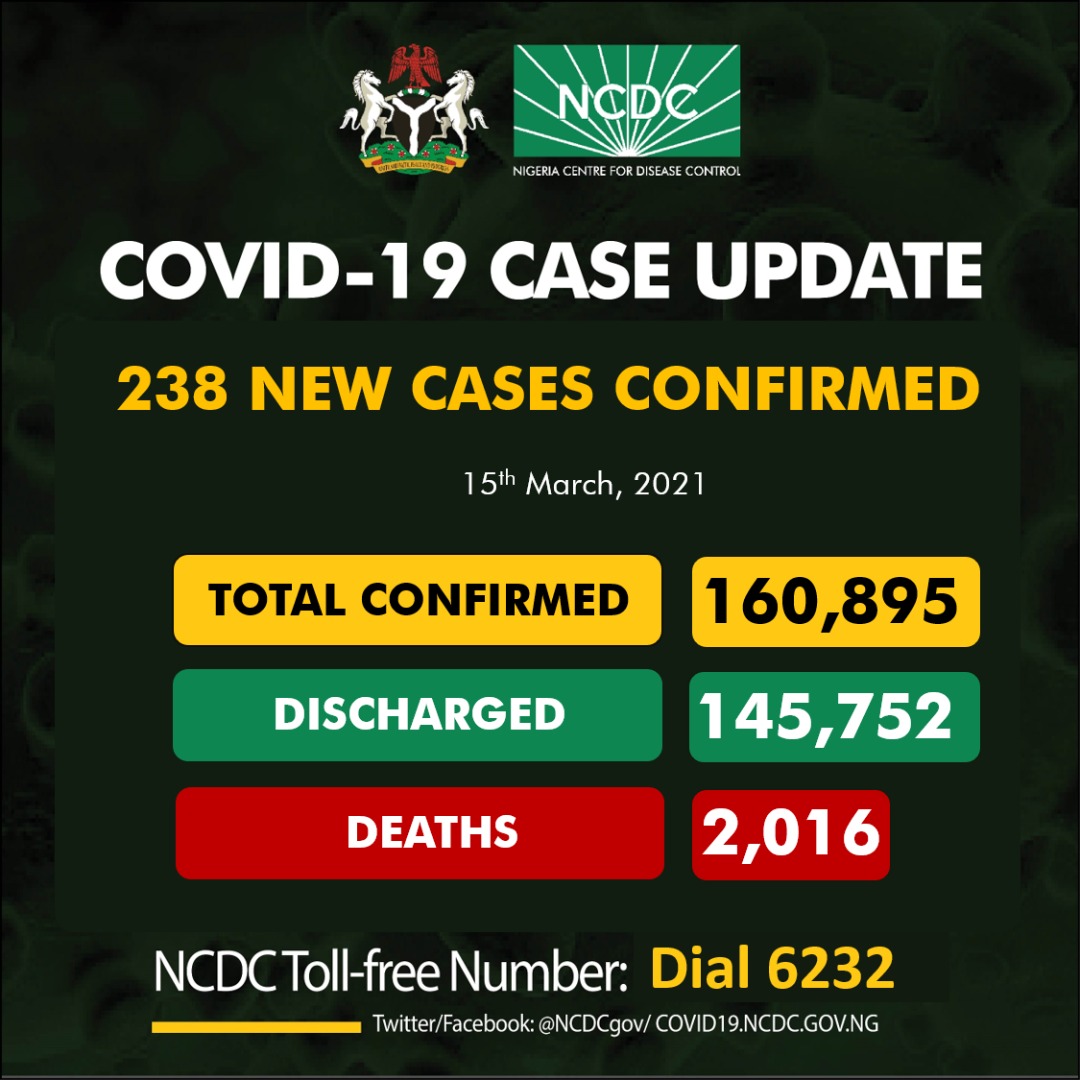 The Nigeria Centre for Disease Control (NCDC) has discharged 353 people after being treated from various isolation centers across the country, bringing the total number of discharged cases to 145,752.

The NCDC disclosed this on its official Twitter handle on Monday.

It was reported that the country have also tested 1,684,305 people since the first confirmed case of COVID-19 pandemic was announced on Feb.27, 2020.

The public health agency said some of the discharged included 120 community recoveries registered in Lagos State and 34 in the Federal Capital Territory (FCT), managed in line with its guidelines.

It also announced 238 new COVID-19 cases, which brought the total number of infections in the country to 160,895.

NCDC sadly reported three COVID-19 additional deaths on Monday, which raised the total fatality in the country to 2016.

It stated that the new infections were recorded in 16 states and the FCT.

The Nigeria’s Public Health institute stated that the country’s active cases dropped by 118, and currently stood at 13,127 in the last 24 hours.

The agency said that a multi-sectoral national emergency operations centre (EOC), activated at Level 3, had continued to coordinate the national response activities in the country.

According to the Africa CDC, Southern Africa is the most affected region in terms of confirmed cases, followed by Northern Africa and Eastern African regions.

It said that Central Africa was the least affected African region in terms of confirmed COVID-19 cases.