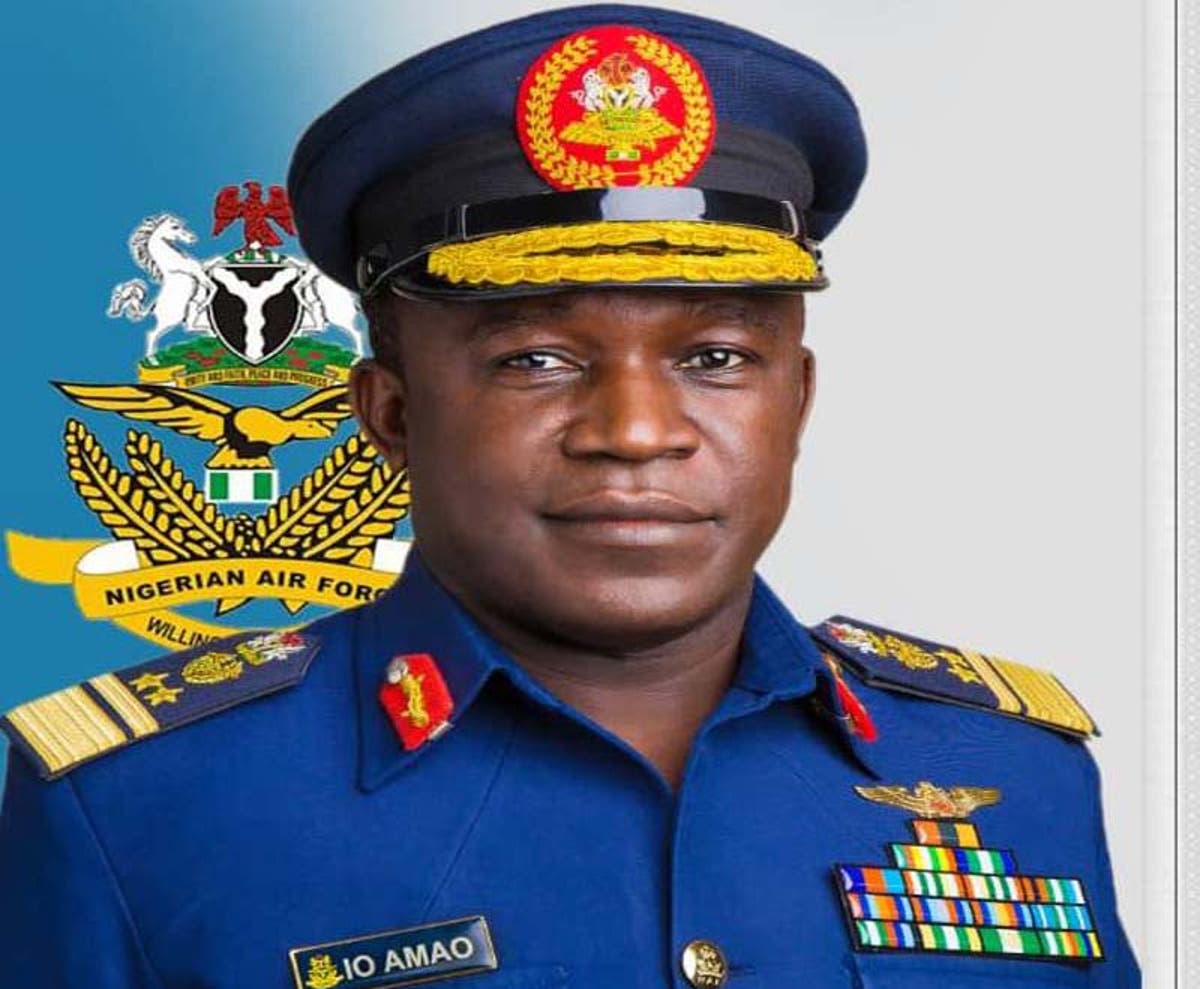 The Chief of Air Staff (CAS), Air Marshal Isyaka Amao, has assured Nigerians of the readiness of the military to deal decisively with bandits, kidnappers and other criminals across the country.

Amao who was on operational visit to the Nigerian Air Force Base in Kaduna, said on Wednesday that the military would deal with all criminals terrorising the people.

It was reported that during the maiden operational visit, the CAS also paid a courtesy visit on Gov. Nasir El-Rufai of Kaduna State.

“Our officers and men are ready for the battle against bandits and kidnappers,” he said, adding that the visit was mainly to assess the operational readiness of the personnel.

He said that President Muhammadu Buhari had ordered the military to ensure that people go freely to their farms during the rainy season without any security threat.

“My message to bandits is that we are coming after them together with the Army, Navy and other security agencies to make sure the they are flushed out of the country,” Amao said.

He stated that the welfare of the NAF personnel would be accorded full priority, to ensure motivation and deligence in the discharge of their duties.

“Welfare entails providing the personnel with equipments, conducive training environment and where they live and to make sure they are given their entitlements”, he said.

The CAS, therefore, charged the personnel on loyalty, dedication and discipline in the discharge of their constitutional responsibilities.

Earlier, the Air Officer Commanding Air Training Command, AVM Jackson Yusuf said the visit would be a morale booster to the command and would ensure more successes in the fight against insecurity.