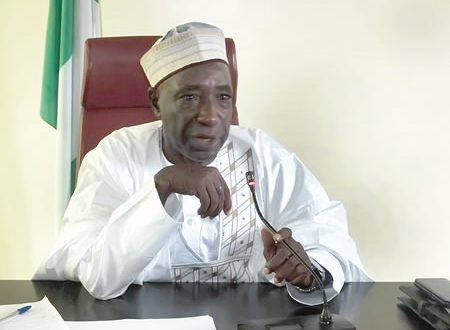 Agriculture has a huge economic potential in Africa to create wealth and produce enough food to feed her people, the Minister of Agriculture and Rural Development, Alhaji Muhammad Nanono has said.

This is contained in a statement on Thursday by Mrs Eno Olotu, Deputy Director, Information, in the ministry of agriculture.

Nanono, made this known when he received a delegation from Course 36 of the Kenyan Defence Staff College on a courtesy visit.

”It is important to create and sustain an economy in the sector,” to widen our perspective in the continent,” he said.

Nanono who expressed delight over the visit, said: “as Africans, we can learn a lot from each other and create a huge market amongst us both in the higher and lower levels.

“The wealth is in Africa, we must take our destiny in our hands to secure the future.

“In spite of the challenges faced by the continent, we must explore the over 60 per cent arable land domiciled in the continent as an advantage to ensure deliberate government policies that will drive the actualisation of food sufficiency and security in the continent.

“We must lay our cards very well, if not we can become slaves in our country,” he said.

The minister informed the delegation of the large scale intervention and focus by the Nigerian Government in the sector.

He said these include: creation of platforms for the development of the food value chain both at the micro and macro levels and from the levels of production to processing.

Others he said are mechanisation, strengthening of the research institutes for quality and improved seeds, provision of rural infrastructure for ease of access to the markets by the farmers.

The minister disclosed that the ministry was working hard to create the needed synergy between the agricultural and the industrial sector for the industrialisation of the sector through mechanisation in line with international best practices.

“In Nigeria, we produce what we eat and eat what we produce.

“This catchy phrase has helped in promoting the local rice farmers especially during the lockdown resulting from the COVID-19 Pandemic and has subsequently increased local rice production in the country.”

He said the youth were also mobilised through the universities to participate in agriculture as the country seeks to explore its export potentials, adding that more youth were being encouraged to go into farming.

In his remarks, the leader of the Kenyan Defence College delegation, Col. David Samoui, said they were in the ministry to seek information on how Nigeria was running its agricultural policies.

He said that the country was amazed on how Nigeria could feed its over 200million population whereas Kenya was struggling with food security with just a population of 40 million people.

“Nigeria is a good destination to study and to know how agriculture is contributing to the nation’s Gross Domestic Product (GDP)”.

Samoui also said that the students from the college were expected to develop best strategies for Kenyans after the study tour.