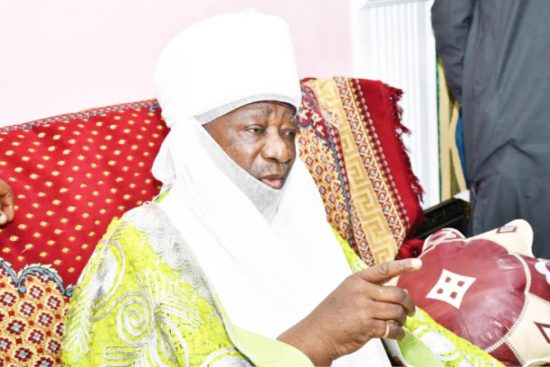 Alhaji Ibrahim Sulu-Gambari, the Emir of llorin and Chairman Kwara Council of Chiefs, has urged Islam and Christian faithful to embrace peace.

Sulu-Gambari made the appeal in llorin on Wednesday in a statement issued by his spokesman, Mr AbdulAzeez Arowona.

The first class traditionsl ruler counseled followers of the two religions to continue to live in peace and harmony
with one another for stability and prosperity to reign supreme in the state.

According to the statement, the royal father described the controversy over the use of Hijab (Muslim female headgear) by female students of 10 government grant-aided schools as unwarranted.

“No group or individual should take laws into their hands. Ilorin is known for peaceful co-existence nationwide. Let us remain calm and resolute to the fact that the position of law is clear on the matter.

“There is no fight between Muslims and Christians. Let us avoid religious crisis of any kind. Islam and christianity preaches peace and harmony. Let us also avoid division and enemity in our society,” the Emir urged.

He therefore appealed to leaders of the two religions to prevail on their followers to respect constituted authorities in their dealings with members of the public.