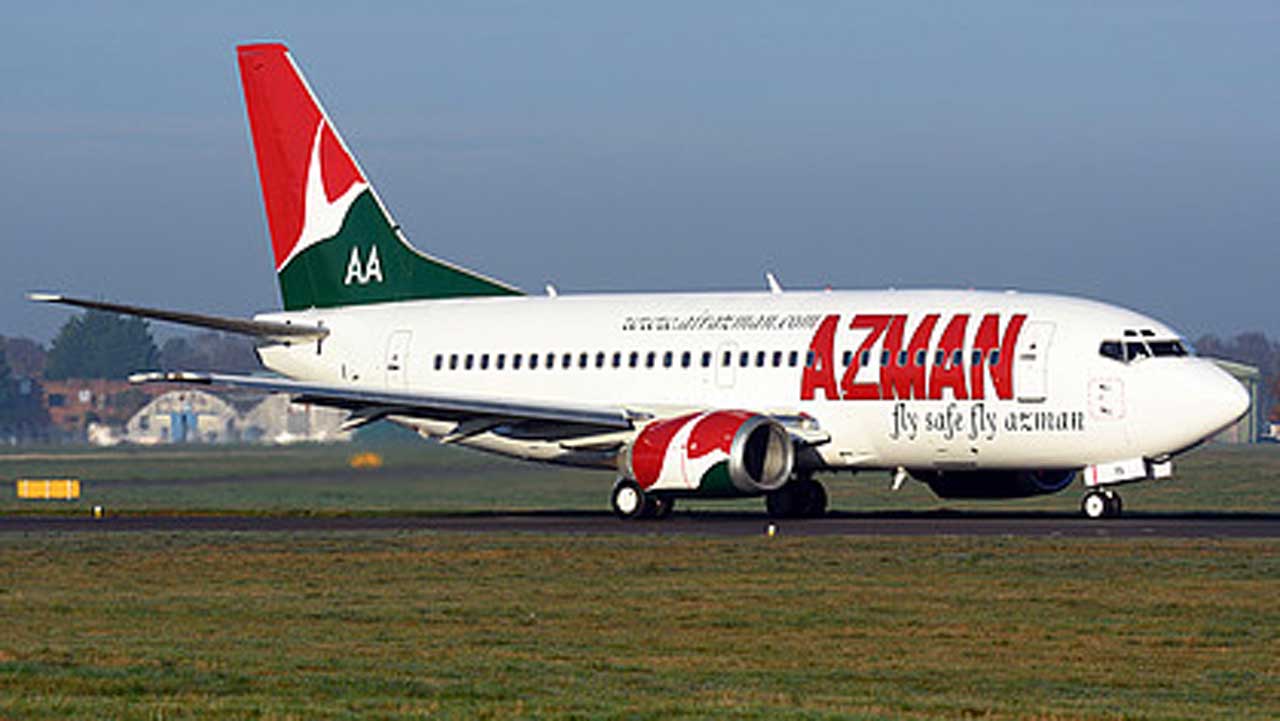 Suspended Azman Air has been described as an accident waiting to happen, following the discovery of a series of serious incidents and numerous unprofessional conduct involving the airline, in recent times, the Nigerian Civil Aviation Authority (NCAA) has said.

Mr Sam Adurogboye, General Manager, Public Affairs, NCAA, who stated this in a press statement issued in Lagos, on Friday, added that the NCAA was constrained to issue the statement so as to keep the records straight and disabuse the minds of the public that the action it took was anything other than for safety reasons.

Recall that the NCAA had, on Tuesday, suspended flight operations by Azman Air with immediate effect, over a series of incidents involving its Boeing 737 aircraft.

Adurogboye explained that the suspended airline had at least three serious incidents, including burst tyres, within the past six weeks, such that the NCAA could not continue to allow such unprofessional conduct to persist without taking decisive action.

The general manager said the alarming trend of tyre failures, in combination with improper tyre maintenance procedures by the airline, were a clear and strong indication of an accident chain formation in its final stages at Azman Air.

He further explained that there was an urgent need to break the accident chain, before a completely avoidable national tragedy occurred, adding that it would not allow avoidable accidents to happen in the sector, due to the airline’s persistent professional misconduct.

“Over a period of about six weeks, Azman Air Boeing 737 aircraft, operating scheduled passenger flights, were involved in three separate incidents, resulting in damage to the aircraft, in each case, but with no loss of life, for which it was grateful to God.

“The aircraft (nos. 3 and 4) of their Boeing 737-500 aircraft, with registration 5N-SYS, were being maintained without referring to the manufacturer’s maintenance manual.

“This is a violation of Civil Aviation regulations, for which both Azman Air and the engineer were sanctioned, but are yet to pay the fine.

“On Feb. 11, Azman Air flight AZM 2318 operated with the same Boeing 737-500 aircraft with registration 5N-SYS, which departed Kaduna for Lagos.

“During take-off, a component of the aircraft was observed to have fallen off the aircraft and Air Traffic Control (ATC) notified the Captain, who chose to continue the flight to Lagos.

“Upon arrival in Lagos, the Captain failed to make entry in the aircraft technical logbook, of the incident

“Azman Air maintenance team on ground in Lagos were notified of the detached part and carried out an inspection, which identified the missing part as the no 3 Main Landing Gear (MLG) heatshield.

“However, the maintenance team neither made an entry in the technical logbook, nor rectified the defect, but released the aircraft for a scheduled passenger flight from Lagos to Abuja,” he said.

Adurogboye said NCAA inspectors in Abuja were notified and promptly grounded the aircraft, until the defect was rectified, before releasing the aircraft for flight resumption operations, adding that an Investigation letter was issued to it as investigations were ongoing.

He said that on Feb. 16, exactly five days after the incident, when the previous incident was still under investigation, Azman flight AZM 2325, with the same Boeing 737-500 aircraft with registration 5N-SYS, suffered a burst tyre.

The general manager added that the incident happened while landing in Lagos, causing severe damage to the aircraft engine and fuselage, adding that the Accident Investigation Bureau (AIB) was currently investigating this occurrence as a serious incident.

He said on Monday, Azman Air flight AZM 2318, operated its Boeing 737-500 aircraft with registration 5N-YMS, which departed Kaduna for Lagos, during which the Captain reported a loud bang, after retracting the landing gear at take-off, but decided to proceed to Lagos because all parameters were normal.

Adurogboye said the aircraft landed in Lagos and taxied to its parking stand where ATC informed the Captain of the burst tyres as reported by the Airport Fire Service, just as the NCAA Kaduna Regional Office Manager alerted the Director General (DG) of tyre debris on the runway in Kaduna, when an inspection was carried out after the departure of the Azman flight.

As a result of the incident, Adurogboye said the DG instructed the NCAA Lagos office to conduct a ramp inspection of the aircraft.

“When the NCAA inspectors reached the aircraft, they discovered that two severely damaged tyres had been replaced and further inspections revealed damage to a hydraulic line, with resultant hydraulic leak and damage to the hydraulic reservoir.

“Consequently, the DG called for an emergency meeting of the Flight Standards Group of the NCAA, to discuss and decide on the next line of action on the worrisome developments at Azman Air.

“After deliberations, which lasted for several hours, and comprehensive evaluations of the incidents, the DG decided to suspend Parts A3 (Aircraft Authorization).

“Others suspended were the D43 (Aircraft Listing) of the Operations Specifications (OPS SPECS) issued to Azman Air, thus effectively suspending the operations of the entire Boeing 737 aircraft on its fleet,” he said.

Adurogboye said a comprehensive audit of Azman Air would be conducted in the areas of operations, airworthiness, training, licensing, financial health and any other area, determined to be necessary during the exercise.

The general manager said an audit team of inspectors had been constituted to determine the root causes of the incidents, and recommend actions needed to forestall recurrence.