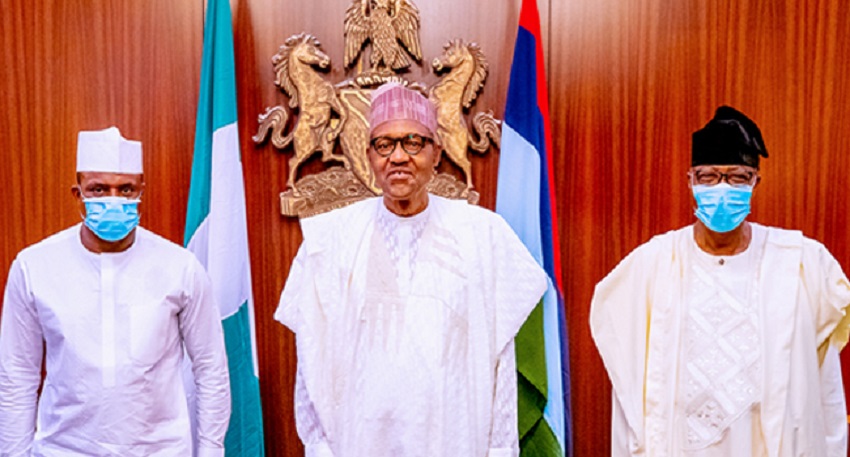 They were accompanied by the Governor of Yobe State who is also the Chairman, Caretaker Extraordinary Convention Planning Committee (CECPC) of the APC, Jigawa, and Kebbi State governors who presented them as new members of the party to President Buhari.

Gbenga Daniel was governor of Ogun State from 2003 to 2011, while Dimeji Bankole was the Speaker of the House of Representatives from 2007-2011 both on the platform of the Peoples’ Democratic Party (PDP).

Gbenga Daniel during his defection earlier in February said his decision to join the party was well-thought-out and he called on fellow Nigerians to join hands with the Federal Government and rebuild the socio-economic fortunes of the country.

South-West PDP crisis: No need to fight ourselves — Party Chieftain