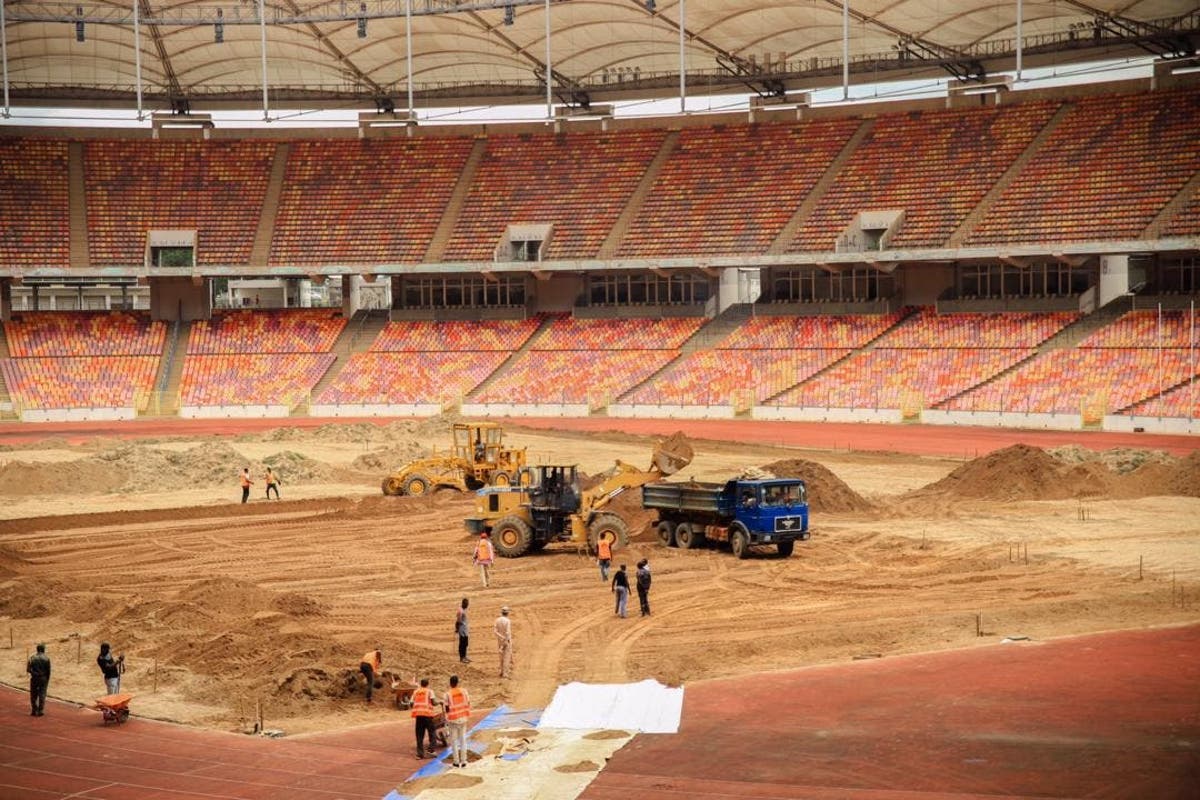 Minister of Youth and Sports Development, Sunday Dare, gave the assurance in a statement by his Special Adviser (Media), John Joshua-Akanji on Sunday in Abuja.

“The on-going rehabilitation work at the Moshood Abiola national stadium in Abuja, undertaken by Alhaji Aliko Dangote and the National Stadium in Surulere, Lagos courtesy of Chief Adebutu Kensington, will soon be completed.

“The Surulere Stadium was abandoned for so many years.

“We started by ejecting illegal occupants, cleared illegal structures to bring out the beauty of the edifice which is comparable to any top stadium in the world.

“By the schedule of the contractors, the rehabilitation will be completed by June,’’ Dare said.

The minister insists that the ‘adopt a pitch’ and ‘adopt an athlete’ initiatives were yielding results.

On the welfare of athletes, he said the ministry was working with relevant stakeholders and sports federations to improve the welfare of Nigerian athletes.

“We muted the idea of setting up the athletes’ welfare fund, later changed to Sports Development Fund.

“We have spoken to the NFF and AFN to set up a welfare scheme to assist those who are in need of support.”

The minister pledged to always give priority to the welfare of athletes, including those that have retired.