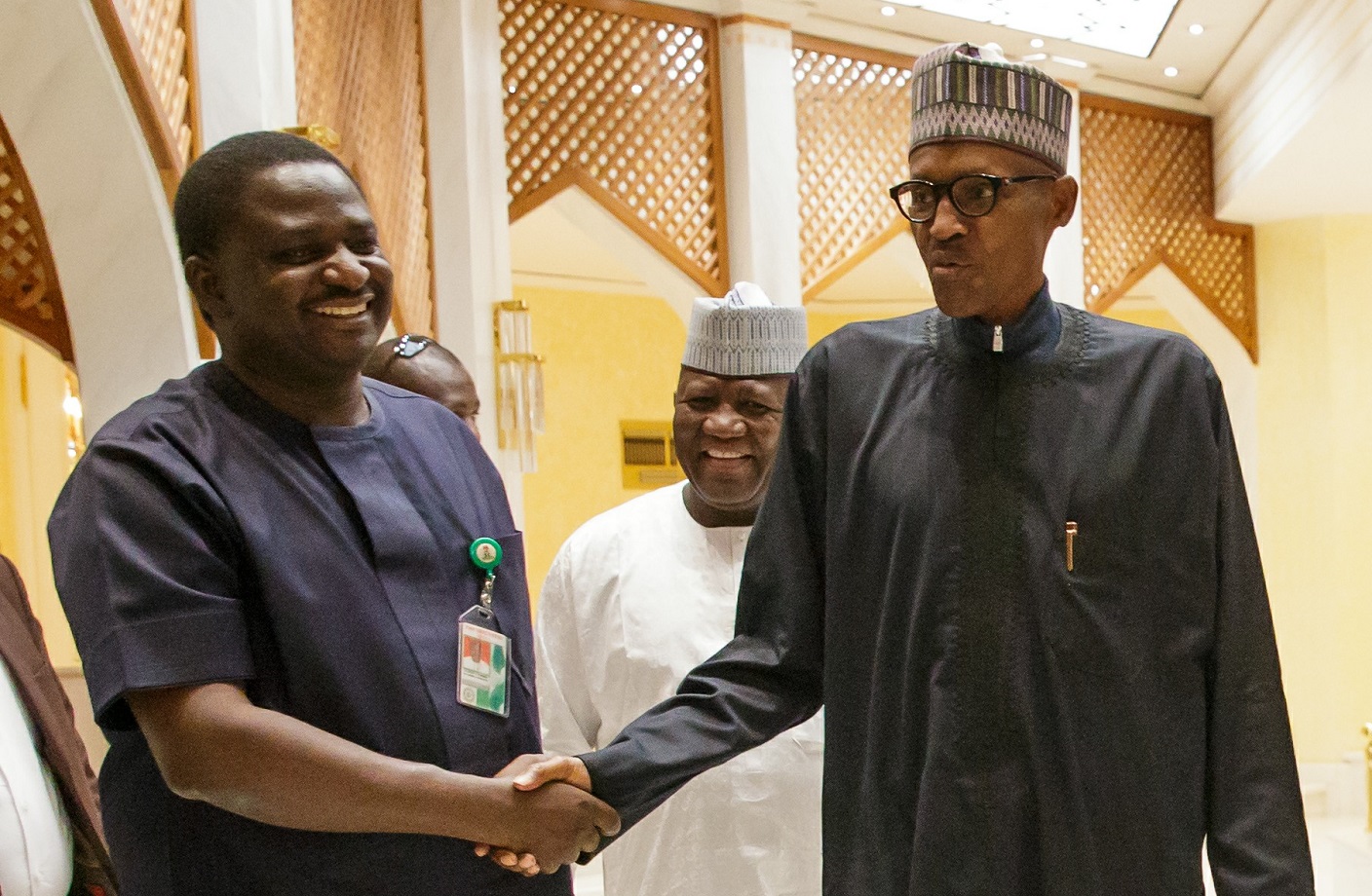 Those who are younger than 55 or thereabouts may not easily get the joke in the expression, ‘We are all together,’ which I’ve chosen as headline of this piece today.

The event happened 45 years ago in the country. A drunken military officer, Lt Col Buka Suka Dimka, led a military coup in which the then head of state, Gen Murtala Ramat Muhammed, was killed. He then proceeded to Radio Nigeria, made a rambling broadcast, which he concluded thus:

“Everyone should be calm. Please stay by your radio for further announcements. All borders, air and seaports are closed until further notice. Curfew is imposed from 6 am to 6 pm. Thank you. We are all together.”

Dimka was so uncoordinated, possibly tipsy and inebriated, that he declared a curfew from 6 am to 6 pm, instead of the other way round. So, the whole country was to be shut down from dawn to dusk, instead of from dusk to dawn. Laughable.

But the one that became the subject of scorn and derision for many decades after was the concluding phrase: ‘We are all together.” You only needed to use it in any enlightened setting, and guffaws followed.

The country was not with Dimka. In fact, university students trooped to the streets almost immediately the broadcast came, denouncing the coup. And the hierarchy of the military also rose with gusto, and crushed the rebellion within hours. But the irreversible had happened. Murtala Muhammed, a fast emerging national hero, had been killed. The country was thrown into mourning. Nobody was with Dimka. We were not all together, as he had thought and declared rather superfluously. It was superfluity of nothingness.

But if Dimka misread the national mood in terms of unanimity on his misadventure, there’s one area in which we must all be together today: fighting insecurity. Though tribes and tongues may differ, in brotherhood we must stand. Political affiliations, religious adherence and persuasions may differ, but there must be convergence in one area. Abhorrence of evil, and the need to extirpate it.

What is happening in our country is EVIL, in capital letters. Terrible, horrible things which could only have emerged from the pit of hell. Crimes that the human mind finds difficult to conceive. Wanton killings. Abductions. Kidnapping for ransom. Robbery. Carnage. Murders. Insurgency. Banditry. All sorts. EVIL. EVIL. And no mistake.

We are confronted with a grim battle between darkness and light. Evil and good. Righteousness and unrighteousness. Godliness and ungodliness. It is, indeed, a tussle for the soul of Nigeria.

Can evil ever win? Can darkness ever overcome light? When good and evil grapple, can good ever be worsted in such encounter? That is the state we are in now. Evil is stalking our country. In the forests. On the roads. In towns, villages, whole communities. Call them insurgents. Bandits. Kidnappers. One thing is common to them. Evil.

Till recent, we didn’t seem to know the enormity of what had descended on our country like tons of bricks. So we played politics with it. The People’s Democratic Party (PDP) was always quick to deride the All Progressives Congress (APC) government at the center over any security glitch. Their reasoning was: you ran us out of town in 2015 by playing the security card, now the shoe is on the other foot. You Tarka me, I Dabo you. I’ll pay you back in your own coin.

But last week, something happened that indicated a reawakening in the land. The Governors of the PDP met in Abuja, after which they addressed a press conference, saying they were willing to support President Muhammadu Buhari in the fight against insecurity. Impressive.

For anybody to think that the severe security challenges facing the country are Buhari’s cup of tea, or just the business of APC, is to live in denial. We are all together. When the kidnapper strikes, he does not know who is Muslim or Christian, who is APC or PDP, or APGA (All Progressives Grand Alliance). He just grabs his victim, and leaves sorrow, tears and blood as his regular trademark.

When the insurgent plants his explosives, or throws a bomb into a crowd, he doesn’t care who gets hit: Muslim, Christian, animist, anybody. He is just interested in wreaking havoc, unleashing evil. Maximum damage is what he wants. And that underscores why we must all be together in the battle against insecurity. Encourage our government, and all the security agencies in the frontlines.

President Buhari met with traditional rulers from across the country last week. He took reports from the six geopolitical zones , and the situation was, indeed, dire. And when the President responded, he unfolded what the Federal Government had been doing, and where successes had been recorded, and where a lot more needed to be done.

The President told his royal guests. We are all together. Yes, the Constitution vests the responsibility for protection of lives and property in the Federal Government, but security is also a collective responsibility. It starts from the community level, where traditional rulers have a role to play. To the local government, State level, and up to Federal. We are all together. To secure our country is a collective duty, though the weight of responsibility may differ from level to level.

Anyone that gloats when evil happens in any part of the country is an enemy of our Union. Anyone that sponsors, supports or encourages evil is an aching tooth, which is better out than in. Nigeria must survive, but it won’t survive without all of us. We have roles to play. We are all together.

Do you glean any ideology behind the many security challenges facing the country? Catch an insurgent, and ask him what he had been fighting for. He stays dumb, looking like a fool. True, he did not know why he was fighting. Apprehend a bandit, and ask him why he was doing what he did. He looks like a cornered rat, seeking a route of escape. He can’t defend what he had been doing. The same with all those engaged in various forms of evil. No ideological underpinning. Just evil. EVIL in capital letters.

And that is why this evil must be beaten. It takes all of us to do it, irrespective of political leanings. That is what the PDP Governors Forum has just demonstrated. To restore security to our land, we must all be together.

That is one good we must take away from Dimka’s evil. We are all together.

***Adesina is Special Adviser to President Buhari on Media and Publicity